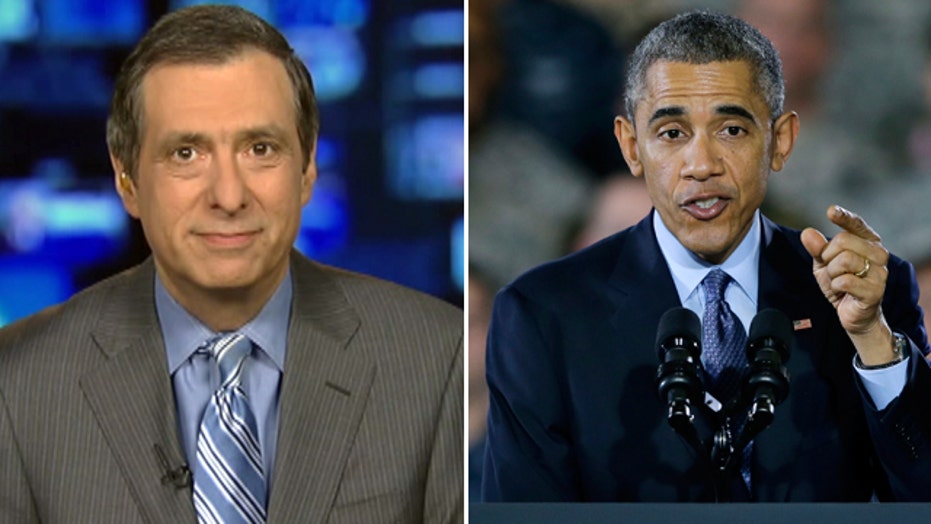 For the second straight year, the Washington Post’s Fix column has bestowed its not-so-coveted “Worst Year in Washington” award on…the president of the United States.

That seems to symbolize the extent to which the punditocracy has turned on Barack Obama as he’s struggled through a second term punctuated last month by the shellacking that cost the Democrats the Senate.

But there are hints that Obama’s media fortunes are about to turn. Or is that just wishful thinking on the part of liberals?

And a larger question: After years of unemployment and dislocation, will an improving economy eventually lift Obama’s standing?

The Atlantic says that while political pundits have long since soured on Obama, “some of the adoration is about to come back.”

In the wake of the president’s unilateral order on immigration, “more commentators will start noticing that, whether you like Obama’s agenda or not, it’s been the most consequential of any Democratic president’s since Lyndon Johnson.” As for the economy, “the third quarter saw the fastest job growth in three years, and the unemployment rate is now 5.8 percent, down from 10 percent in 2009. Gas prices are also plunging. And there’s evidence Americans are beginning to notice.”

Of course Obama doesn’t deserve all the credit for this. But didn’t he get blamed when employment was stagnant and gas prices were soaring?

Finally, says The Atlantic, this year’s focus on the midterms was “magnifying the media’s perception that he was a political pariah… In the year to come, there will be many more reminders that in 2008 Obama generated a passion among liberals that Hillary Clinton did not, and may still not. That storyline will make Obama look good.”

Really? But people aren’t thinking about the hope-and-change version of Obama. What will hang over Hillary’s candidacy is Obama’s overall record and a sense of whether the country is heading in the right direction.

The veteran pollster says that “President Obama may have been assigned too much blame for the Democratic Party’s losses—and he’s actually more popular than we think he is…
“To listen to cable news, it seems like Barack Obama is at some historic lows of unpopularity—but in reality voter opinions of the president were no worse in ’14 than they were in ’10. He had a 44 percent approval rating in the exit polls in both elections. As we know, two years later Obama was popular enough to win re-election handily. It is also worth noting that his ratings are better than Bush’s at this stage of his second term (44 percent vs. 32 percent) and not too different than Ronald Reagan’s.”

Well, George W. Bush was in rough shape politically after Katrina and with the bloody Iraq war dragging on. To say that Obama is in better shape doesn’t demonstrate much.

I often think that Washington hotshots get so wrapped up in peripheral issues that they miss the reality that what most everyday folks care about is jobs, wages and economic security. By any objective measure the economy is improving, but many people aren’t feeling it because the benefits are unevenly distributed and some had stopped looking for work.

“Despite the recovery,” Kohut noted, “70 percent of voters rated the economy as not so good or poor; more cited it as the nation’s top problem (45 percent) than named hot button issues such as illegal immigration (14 percent) or foreign policy (13 percent).”

That’s why Democrats are divided over claiming too much credit, lest they look out of touch. Although there was a “White House Blog Post” yesterday from Jason Furman, Obama’s top economic adviser, that began: “The U.S. economic recovery took a major step forward in 2014, achieving a number of important milestones.”
If more people become convinced of a rising economic tide, that will lift Obama’s poll numbers, which in turn will generate media chatter about his improved standing . But unless and until that happens, the Obama comeback story won’t get much traction.