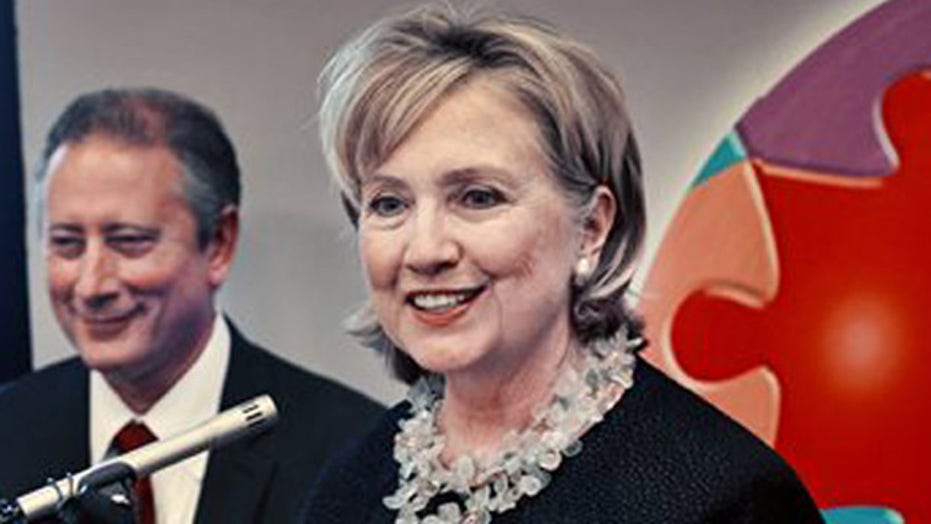 Hillary Clinton, Benghazi and the media

Former Sec. of State and possible 2016 presidential candidate Hillary Clinton has a new book coming out June 10. The poll finds that a majority of Americans like her: 54 percent have a favorable opinion, while 43 percent have an unfavorable view. That’s up from 49-45 percent in April.

Christie stands at 33 percent favorable, 36 percent unfavorable, with another 31 percent unable to rate him.

For Bush, 33 percent view him positively, 39 percent negatively and 29 percent can’t rate him.

Clinton also does better among independents. Forty-seven percent have a favorable opinion of her, compared to 35 percent who feel that way about Christie and 31 percent about Bush.

And check out this gender gap: 60 percent of women have a favorable view of Clinton vs. 46 percent of men.

Yet Hillary’s husband gets top honors: overall 61 percent of voters have a favorable opinion of Bill Clinton vs. 34 percent unfavorable. No gender gap here: 61 percent of both men and women view him positively.

Both Mr. & Mrs. Clinton outperform the current president on this measure, as 45 percent of voters have a positive view of Obama, while just over half -- 52 percent -- have a negative one.