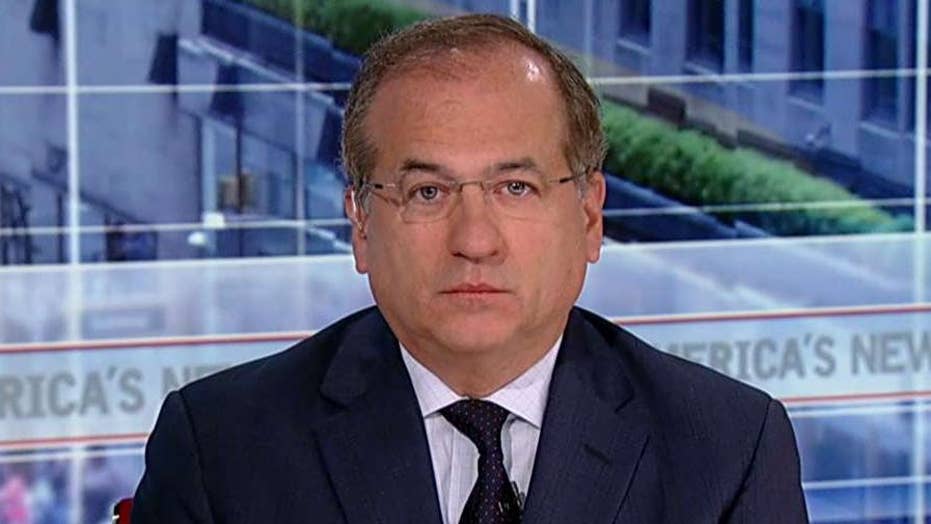 Will Alabama's new abortion ban be challenged in the Supreme Court?

Former Whitewater Independent Counsel Robert Ray says that he believes the Alabama abortion ban will be a 2020 campaign issue.

In response to the controversy surrounding Alabama's new law outlawing abortion, Former Whitewater Independent Counsel Robert Ray said that the issue will be a divisive issue ahead of the 2020 presidential election.

During an interview on "America's Newsroom" on Thursday, the former federal prosecutor also warned against "overreacting" about the ruling given that Alabama is still governed by Roe v. Wade.

Alabama's law will certainly face lawsuits attempting to reverse it, and many believe the fight will go all the way to the Supreme Court, meaning it will take some time for it to be enacted, if ever.

"I don't look to see this happening immediately," Ray said. "On the other hand, it is clearly going to be a presidential campaign issue."

POLICY ANALYST ON FALLING BIRTH RATES: RHETORIC FROM THE LEFT CONTRIBUTING TO 'CHANGE IN NORMS'

Several 2020 Democratic presidential hopefuls, including Sens. Elizabeth Warren, Bernie Sanders and Kamala Harris, spoke out after the bill was signed into law by Alabama Gov. Kay Ivey (R) on Wednesday. President Trump has yet to make a comment.

Ray also warned against "overreacting" to the ruling, despite foreseeing that it "does look to be a setup for a major court ruling."

"The country seems to want to have some balance in this and is probably going to look to reject extremes," Ray said.

"I think that's probably likely where you'll see the Supreme Court come out, at least initially."