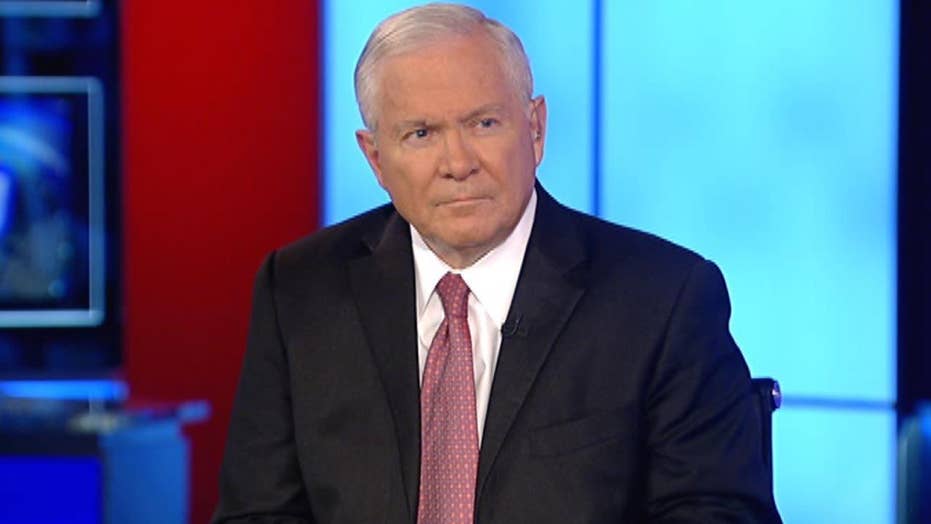 Robert Gates on changing the way the US approaches war

On 'Hannity,' former defense secretary discusses the consequences of the Iran prisoner swap

President Obama’s former defense secretary Robert Gates accused the White House on Thursday of “semantic backflips” for refusing to use the word “combat” to describe U.S. troops’ fight against the Islamic State, in the wake of another casualty.

"I think that is incredibly unfortunate not to speak openly about what is going on," Gates said on MSNBC’s “Morning Joe.”

He continued, "American troops are in action. They are being killed, they are in combat and these semantic backflips to avoid using the term ‘combat’ is a disservice to those who are out there putting their lives on the line."

Gates speculated that the reason for avoiding the term is political, as it fits the narrative that combat operations in Iraq have ended. He said current Defense Secretary Ash Carter acknowledges the troops are in combat, and it’s “unfortunate” the White House can’t do the same.

He was the third American servicemember to die in combat in Iraq since the start of the campaign against ISIS.

But asked May 3 about the casualty and whether it’s an indication U.S. forces are getting closer to combat, White House Press Secretary Josh Earnest drew a distinction.

While saying Carter’s terminology of a “combat death” was accurate, Earnest also said the more than 4,000 U.S. troops in Iraq “do not have a combat mission.”

“[Keating] was in a combat situation. … And it is a testament to the bravery and courage and sacrifice not just of this individual, who gave his life for his country, but for the 4,000 other U.S. servicemembers who are operating every day in Iraq. They are not in a combat mission, but they are in a dangerous situation.”

Earnest said U.S. troops are taking “grave risks” but stressed that Iraqi forces are in the lead.