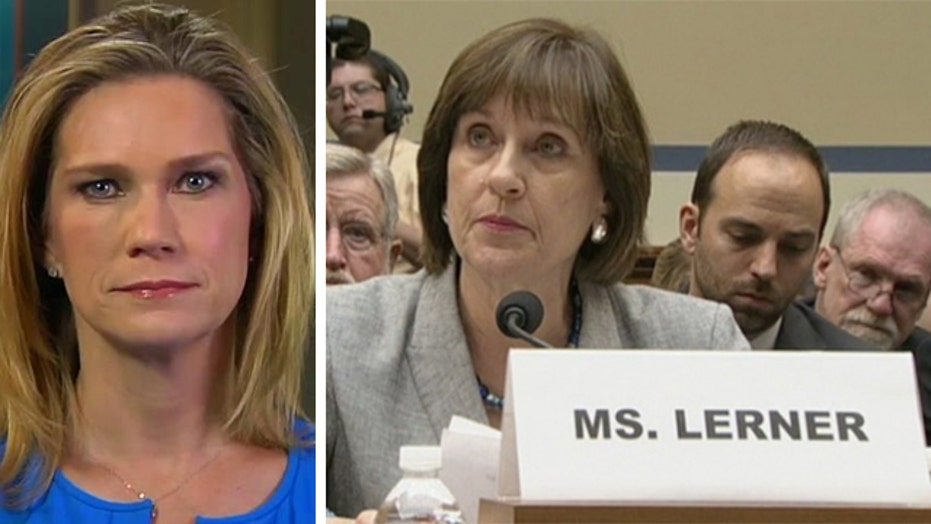 As many as 30,000 lost emails from Lois Lerner -- the ex-IRS official at the center of the agency's targeting scandal -- have been recovered by federal investigators.

The IRS has already turned over thousands of Lerner emails to congressional investigators but has said the remainder are gone forever because Lerner’s hard-drive crashed in 2011. And in June, agency Commissioner John Koskinen told Congress that back-up tapes containing the missing emails have been destroyed.

“The IRS has continually dragged its feet, changed its story, and been less than forthcoming with information related to its egregious violation of Americans’ First Amendment rights,” said Ohio GOP Rep. Jim Jordan, a member of the House Oversight and Government Reform Committee, which has spearheaded congressional probes on the issue.

“These e-mails are long overdue, and underscore again why we need a special prosecutor to conduct an unhindered investigation. Hopefully these e-mails will help us get to the truth,” he continued.

Lerner led the IRS division that targeted Tea Party and other conservative groups for excessive scrutiny during the 2012 presidential election cycle when they applied for tax-exempt status.

Lerner in March refused to testify before the GOP-led House investigative committee, saying she was protected under the Fifth Amendment, and has since retired.

VIDEO: Did IRS bother to look for emails?

Some of the recovered emails might be duplicates. And it could take weeks to learn their content because they are encoded, said Frederick Hill, a spokesman for Republicans on the Oversight committee.

In addition, the IRS would also have to delete information about taxpayers that is considered private before it can be released to the committee, which is headed by Rep. Darrell Issa, R-Calif.

The federal investigators are from the Treasury Inspector General for Tax Administration, which audits the IRS. A spokeswoman for the inspector general, Karen Kraushaar, declined to comment, saying the investigation was continuing.

The investigators ignited a political firestorm in May 2013 with the initial report about the exceptionally close scrutiny.

The IRS said Saturday that it remains "committed to fully cooperating with all of the pending investigations."

The agency also said that it learned after the June report that the TIGTA had began an investigation of the hard-drive crash and a search for additional emails.

Senate Finance Committee aides said the investigators will assess if the newly recovered data can be made readable before it can be turned over to the committee.

They said their committee, which has been conducting a bipartisan investigation of the IRS's treatment of groups, including liberal ones, expects to complete its work early next year.