Rep. Devin Nunes speaks out on 'Sunday Morning Futures' about trade with China and the need for transparency in the Russia investigation.

House Intelligence Committee Chairman Devin Nunes said Sunday that the transcripts and documents from witnesses from the chamber’s now-concluded Russia investigation need to be made public ahead of November’s midterm elections.

Nunes added: "I expect to make those available from our committee to the American public in the next few weeks."

Nunes’ comments echoed those of his colleague, Trey Gowdy, R-S.C., who told The Hill on Wednesday that it "would be beneficial for the public to see" the documents in question.

The calls from the two GOP lawmakers came after Democrats in the House repeatedly asked for the documents to be made public.

"The majority has said they support making these transcripts public," the committee's top Democrat, Rep. Adam Schiff, D-Calif., said this past March. "We will put to the test of whether they really do." 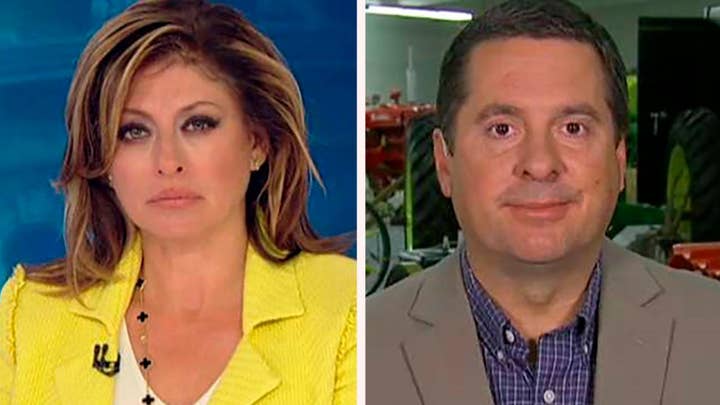 Some GOP lawmakers have signaled worry that making the interview transcripts public might affect their ability to compel witnesses to testify in future investigations.

Nunes, who said that "70 or 80 percent" of the depositions are already unclassified, said he thought President Trump had no choice but to release the rest.

"I think he doesn't have any choice," Nunes said. "If the president wants the American people to really understand just how broad and invasive this investigation has been to many Americans and how unfair it has been, he has no choice but to declassify."