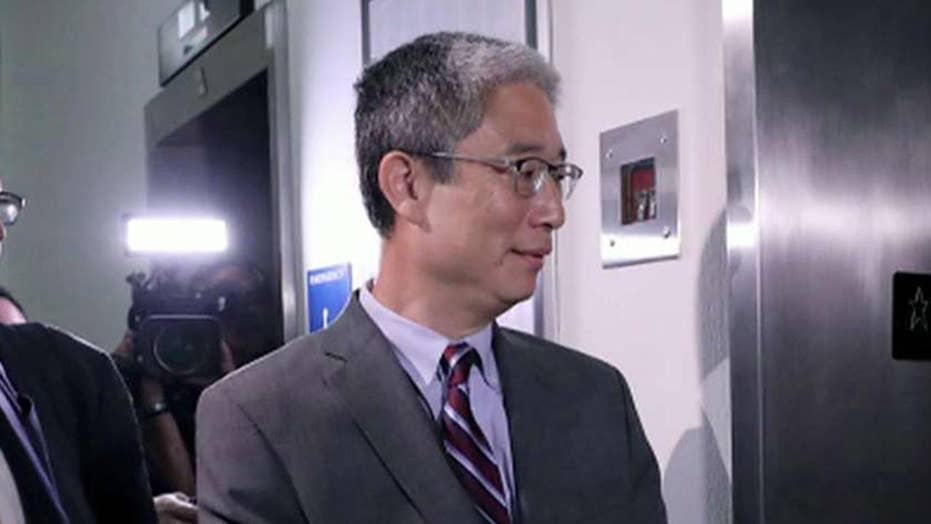 A dozen Republican members of Congress on Thursday called on President Trump to declassify key documents related to the FBI's probe of Russian actions during the 2016 presidential election, including an application for a renewed surveillance warrant against former Trump campaign aide Carter Page.

The lawmakers, led by Rep. Lee Zeldin, R-N.Y., also demanded the release of 12 FBI reports on interviews with Justice Department official Bruce Ohr. Zeldin said he was "confident" that the reports, known as 302s, "contain critically important information that should have been provided to the [Foreign Intelligence Surveillance Act, or FISA] court, but wasn't."

In a third part of the request, Zeldin asked Trump to declassify documents given to the so-called "Gang of Eight" -- bipartisan leaders of the House and Senate, as well as both intelligence committees -- which he said had "exculpatory evidence regarding Carter Page and others."

The request came one day after Rep. Mark Meadows, R-N.C., asked the Justice Department and its inspector general to review Ohr's contacts with former British spy Christopher Steele, the author of an unverified dossier that made several claims about Trump's financial and personal ties to Russia.

In a letter to Attorney General Jeff Sessions and Justice Department Inspector General Michael Horowitz, Meadows wrote that Ohr had testified to having "multiple" contacts with the FBI and Steele after the ex-spy was fired as a confidential source by the bureau. In addition to his contacts with Steele, Ohr has come under scrutiny over wife Nellie's role with Fusion GPS, the firm that commissioned the dossier. 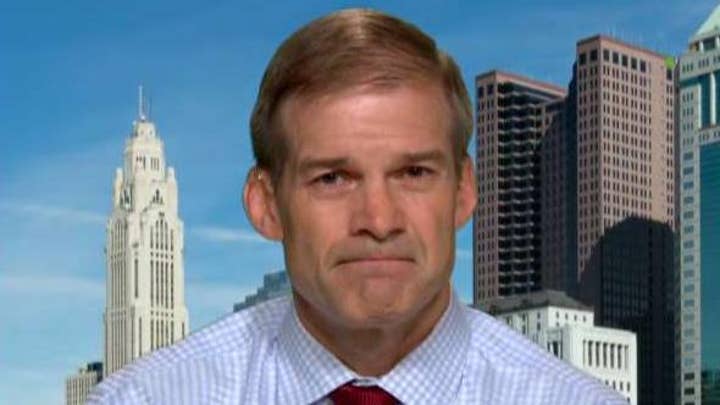 "The dossier was the key to all this and the FBI knew everything before they went to the court to get a warrant to spy on a fellow American citizen and then to spy on the Trump campaign." Rep. Jim Jordan, R-Ohio, told reporters. "They knew who paid for the document. They didn't tell the court that. They knew of the Ohrs' involvement, both Bruce and Nellie, in producing that document. They didn't tell the court that."

Jordan added that Ohr and Steele continued to meet after former FBI Director Robert Mueller was appointed as a special counsel to oversee the investigation of Russian meddling in the 2016 elections in May 2017.

House Republican lawmakers are also considering whether to recall former senior FBI leadership, including former deputy director Andrew McCabe and ex-director James Comey, in an effort to determine who authorized the communications between Ohr and Steele following Steele's dismissal.