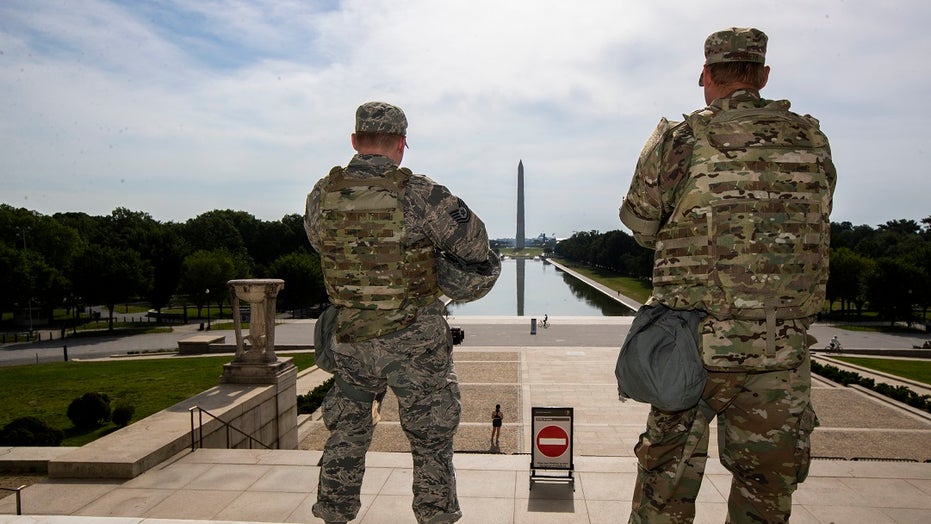 Some members of the Washington, D.C., National Guard deployed to respond to protests in D.C. have tested positive for coronavirus, a spokeswoman said Tuesday.

The service members some of the 1,300 called to help law enforcement respond to protests and unrest following the May 25 death of George Floyd. National Guard spokeswoman Lt. Col. Brooke Davis refused to divulge how many cases had been discovered following the protests.

“We can confirm that we have had COVID-19-positive tests with the DCNG. For operational security, we are not confirming the number of COVID-19 cases,” Davis told Fox News.

She outlined a number of safety protocols the Guard was taking and noted that personnel were screened for Covid-19 prior to arriving on the scene to assist with demonstrations.

Those who have tested positive or who are at high risk for the disease will be held back and prevented from being released from their orders until the threat of contagion has passed, Davis said.

The D.C. National Guard was supported by 3,900 guardsmen from a number of states to ensure peaceful demonstrations as tens of thousands took to the streets in the nation’s capital. Most out-of-state support will be leaving D.C. by Wednesday. Governors and mayors in more than two dozen states enlisted the help of the National Guard.

A Pentagon official told Fox News on Tuesday that the National Guard saw its high-water mark several days ago, and that there will be a “very steady decline” in the coming days as states "out-process" those National Guard forces on duty.

As of Tuesday, according to the official, 38,498 National Guard soldiers were still active — a decline from the 43,300 active on Saturday.

The news of the new coronavirus cases comes as some officials have questioned whether mass gatherings in close proximity amidst the coronavirus pandemic could spur a spike in cases.

"It is a difficult situation,” Dr. Anthony Fauci said in an interview with WTOP. "We have the right to peaceably demonstrate, and the demonstrators are exercising that right. ... It's important to exercise your constitutional rights to be able to demonstrate, but it's a delicate balance, because the reasons for demonstrating are valid. And yet, the demonstration itself puts one at an additional risk."

New York Gov. Andrew Cuomo said demonstrations across New York City “could potentially be infecting hundreds and hundreds of people, after everything that we have done.”

"New York City opens next week, it took us 93 days to get here. Is this smart?" Cuomo said of the mass protests. "We have to take a minute and ask ourselves, what are we doing here?”

New York City Mayor Bill de Blasio also urged protesters to express caution. "For those who have already had their presence and made their voices heard, the safest thing to do is to stay home," de Blasio said. "Obviously we don't want people in close proximity to each other, we don't' want people out there where they might catch this disease or spread this disease."

Los Angeles County public health director Barbara Ferrer said health officials anticipate an increase in cases in the coming weeks, due to both protests and the reopening of California. Ferrer recommended that anyone who has been in a large crowd, in close contact for at least 15 minutes with people not wearing face coverings should consider self-quarantining for 14 days, according to the LA Times.

On Sunday the most cases ever in a single day were reported to the World Health Organization, as WHO Director-General Tedros Adhanom Ghebreyesus urged protesters to take to the streets “safely.”

"WHO fully supports equality and the global movement against racism," Tedros said during a briefing. "We reject discrimination of all kinds. We encourage all those protesting around the world to do so safely."