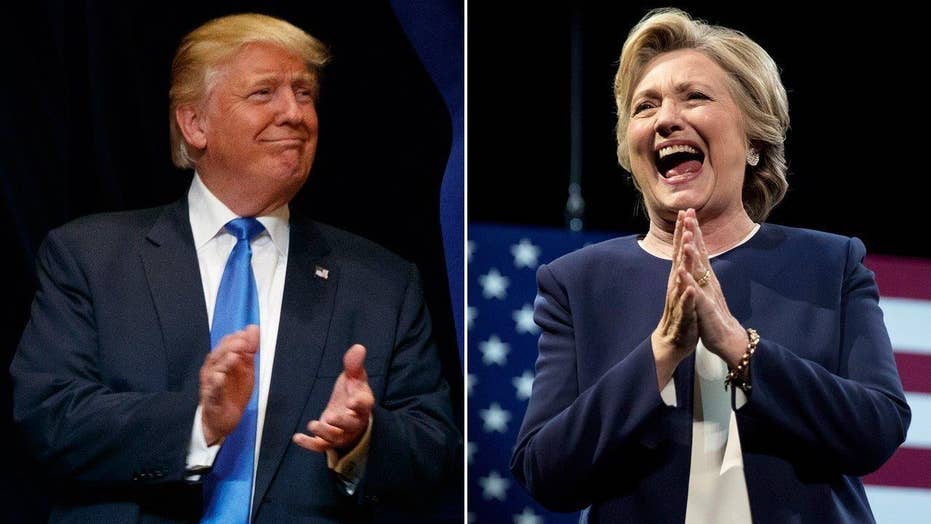 How are the candidates preparing for the final debate?

Donald Trump is charging into Wednesday’s third and final debate against Hillary Clinton armed with fresh evidence of an attempted “cover-up” in her email investigation – but faces the stark reality that so far, the controversies facing both candidates have dented his poll numbers more than hers.

The debate, moderated by Fox News’ Chris Wallace, could mark the Republican nominee’s last big chance to shift the momentum in the final three weeks of the race.

Despite the daily drip of revelations from her campaign chairman’s hacked emails and persistent questions about her personal email use as secretary of state, Clinton has weathered those storms -- in part by hammering her opponent over his temperament and personal past, including now-multiple allegations of sexual harassment and assault.

And since their first debate in late September, Clinton’s poll numbers have gradually improved. For the first time this year, Clinton is now above 45 percent in a four-way race, based on the RealClearPolitics average of national polls.

Trump, however, remains in contention in a number of key battleground states and has campaigned aggressively to drive out his core supporters on Election Day – warning of a “rigged” election and describing the allegations against him as fabricated.

Trump is now seizing on the contents of newly released FBI records that include claims senior State Department official Patrick Kennedy offered a "quid pro quo" with federal authorities during the Clinton email probe. According to the file, Kennedy offered additional slots for the bureau overseas if they would de-classify a particular email from Clinton’s server marked “SECRET.” This effort was unsuccessful.

At a rally in Wisconsin on Monday, Trump accused the State Department of "trying to cover up Hillary's crimes of sending classified information on a server our enemies could easily access."

"This is one of the great miscarriages of justice in the history of our country," he said.

Trump is poised to bring those allegations onto the debate stage in Las Vegas Wednesday night.

The debate also will be streamed live on FoxNews.com and the Fox News app.

Wallace already has announced the topics, which will be discussed in six 15-minute segments.

The chosen topics may be altered depending on news events leading up to the event.

"I'm the first Fox moderator to do a general election debate and I'm very proud for the news organization,” Wallace recently told Fox News’ Bret Baier. “I think it's a recognition of the fact that we do serious journalism.  Some critics say no, but the fact is, you and I know we do. And here's the Commission on Presidential Debates recognizing that."