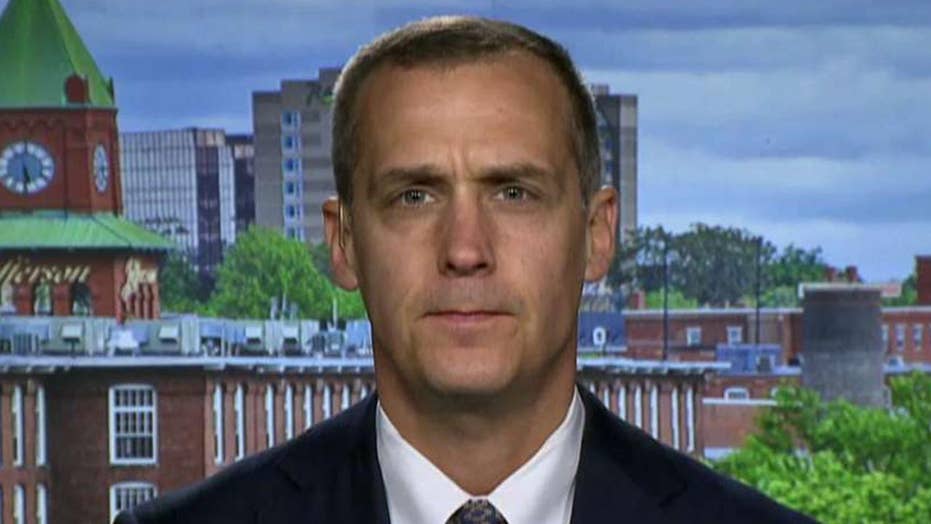 EXCLUSIVE: Corey Lewandowski, who helped Donald Trump win the Republican nomination, is getting back in the campaign game.

He is joining Vice President Pence’s political action committee, which will enable him to travel with the VP and puts him firmly back in the president’s 2020 reelection orbit, say sources familiar with the move.

Lewandowski discussed the move with Trump before accepting the offer and is taking the job with the president’s blessing, these sources say.

By hiring such a high-profile Trump adviser, Pence is also sending a signal that there’s no daylight between him and his boss, despite some media chatter that the PAC could help further his own ambitions if Trump winds up not running again. The Great America Committee is the first such political arm created by a sitting vice president, but can only be used to donate to other campaigns and not to back any future Pence effort.

An official announcement is expected soon. Lewandowski has been traveling with Pence recently as they discussed the potential job.

Lewandowski is leaving the pro-Trump group America First Policies, which has served as something of a way station for presidential advisers in transition.

By working for the nonprofit America First and its fundraising arm, Lewandowski faced certain restrictions on campaign travel and other overt political activity that could be viewed as improper coordination with the Trump team. Since the Pence committee raises and distributes so-called hard money, none of those restrictions apply.

The move will not only deepen Lewandowski’s ties to Trump’s second-in-command but instantly make him a player in the midterms, a growing source of concern for the president. The Pence committee donated more than $150,000 to Republican congressional candidates in February.

Trump had discussed the possibility of Lewandowski becoming his chief of staff if John Kelly leaves, as I recently reported. But Lewandowski was reluctant to join the White House, where he has more than his share of detractors, and the Pence job makes that possibility even more remote.

His new title will do nothing to slow down the Corey media express. The combative co-author of “Let Trump Be Trump” has been fiercely defending the president and attacking Robert Mueller, James Comey, Andrew McCabe and other investigators and detractors. Pence, for his part, recently stirred controversy by telling NBC that it is time for Mueller and his office to wrap up the Russia investigation.

In recent months, the New Hampshire resident has been the president’s most visible outside supporter on the airwaves, appearing on all three cable networks as well as Sunday shows, often in contentious interviews.

The latest job change completes a comeback for the controversial operative. Trump fired Lewandowski as his first campaign manager in the spring of 2016, as he was effectively clinching the nomination, after he developed strained relations with the candidate’s family. But as a private businessman and cable warrior, Lewandowski has remained in close touch with his former boss, sometimes visiting him at the White House, after a period in which he and other advisers had their access curtailed by chief of staff John Kelly.

Trump had talked to Lewandowski about taking a top White House job when Reince Priebus was winding down his tenure as chief of staff. But Lewandowski preferred to remain on the outside and no formal offer was made.

America First has been undergoing something of an exodus. Brad Parscale recently left the group when Trump tapped him to manage his reelection effort. Katrina Pierson, a prominent Trump spokeswoman in 2016, resigned to join the campaign as well.

But the organization and its political fundraising arm raised more than $13 million in the first quarter of the year.