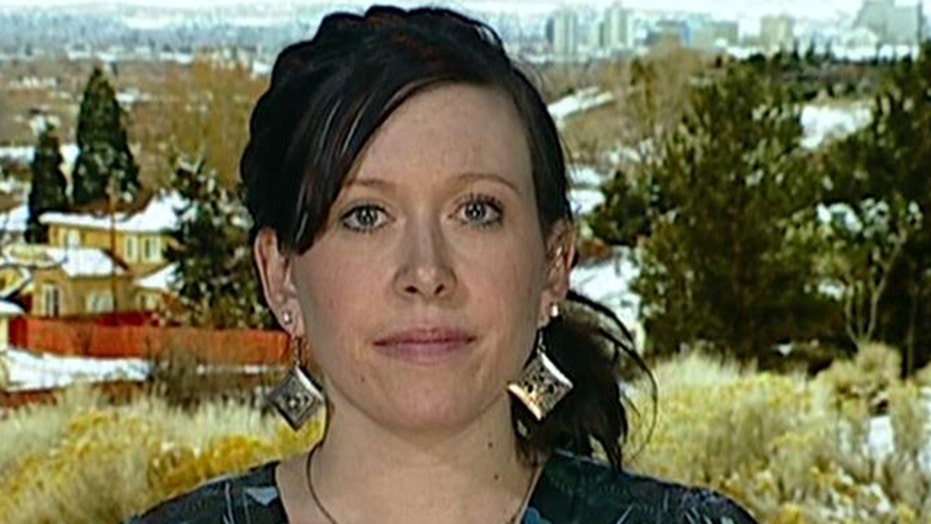 Rape survivor: 'I was legislated into being a victim'

A Colorado state senator has come under fire for remarks she made to a rape victim at a committee hearing Monday on a bill that would ban concealed weapons on public college campuses.

Sen. Evie Hudak, a Democrat from Westminster, Colo., criticized testimony provided by Amanda Collins, 27, who said that the attack on her at University of Nevada, Reno, may have been avoided had she been allowed to carry a gun on campus, The Denver Post reported.

"I just want to say that, actually, statistics are not on your side even if you had a gun," Hudak told Collins during the hearing, according to the report. "And chances are that if you would have had a gun, then he would have been able to get that from you and possibly use it against you."

Hudak cited statistical data compiled by the Colorado Coalition Against Gun Violence, claiming that for every woman who used a handgun to kill someone in self-defense, 83 were murdered by their own weapon, The Post reported.

Collins, who reportedly had a valid concealed-carry permit at the time of the assault, told the paper that Hudak's remarks were shocking and deeply disturbing.

"I had a hard time falling asleep because I couldn't stop thinking about what she said to me," Collins said.

Dave Kopel, a professor at the University of Denver law school and author of a firearms law and policy textbook, told The Post that Hudak's comments displayed the senator's "self-righteous, ignorant bigotry."

Hudak, who apologized to Collins after the hearing, said in a statement to the paper that she "didn't mean to be insensitive."

The bill, which would reverse a state Supreme Court ruling that forces colleges to accommodate students with concealed carry permits, passed the committee on a 3-2 party line vote.