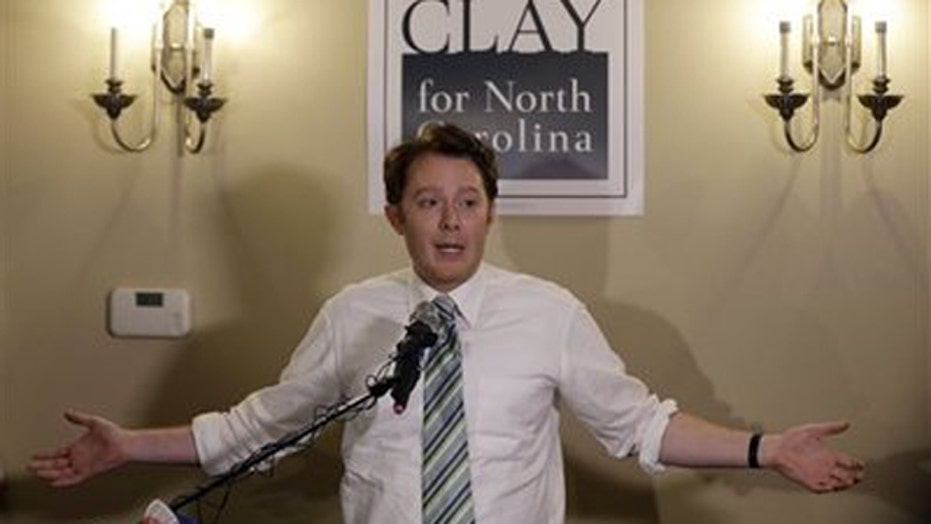 Singer-turned-congressional candidate Clay Aiken is getting help on the campaign trail from his fellow "American Idol" alumni, but there's one endorsement he apparently doesn't need: President Obama's.

In an interview with The New York Times, Aiken was asked his opinion of the president -- and, like other Democrats running in conservative-leaning districts, kept his distance.

"I think every president is on a sliding scale somewhere. There are certainly areas where I disagree with him," Aiken said.

Asked if he would like to see the president come stump for him, the singer said: "I don't need that. We're doing well."

Aiken is running as a Democrat in an uphill battle against incumbent GOP Rep. Renee Ellmers, who has been the district's representative since 2011.

The candidate, best known for placing runner-up in the second season of "American Idol," is making his first official stab at politics. He told the Times that his Idol wrangling turned out to be a sort of training ground for being in the public eye in politics.