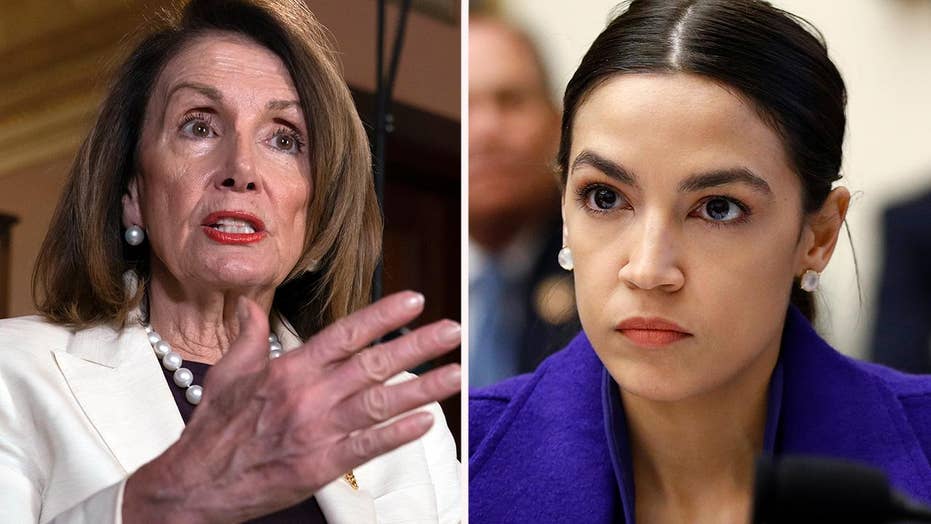 House Speaker Nancy Pelosi, D-Calif., is scheduled to hold a private conference call Monday with fellow Democrats in which the topic of the potential impeachment of President Trump will be raised.

The planned call comes as the issue continues to divide progressive Democrats -- who want Trump to face impeachment proceedings -- and party leaders who warn of its political risks and backlash going into the 2020 presidential election, Bloomberg reported. The renewed push comes on the heels of Special Counsel Robert Mueller's report into Russian meddling in the 2016 election.

Pelosi last month said she opposed impeachment, calling the process divisive and saying of Trump, “He’s just not worth it."

But in tweets this week, following the release of the Mueller report, Pelosi seemed to show a change in tone.

"As we continue to review the report, one thing is clear," Pelosi wrote Thursday, "AG Barr presented a conclusion that @realDonaldTrump did not obstruct justice while the #MuellerReport appears to undercut that finding."

Also Thursday: "The #MuellerReport paints a disturbing picture of a president who has been weaving a web of deceit, lies and improper behavior and acting as if the law doesn’t apply to him," Pelosi wrote.

Mueller's report cleared Trump and his associates of collusion with Russia but did not determine whether the president committed obstruction of justice during the investigation.

The report outlined 10 instances of potential obstruction, reviving impeachment calls by some Democrats. Among them, the report said Trump directed then-White House Counsel Don McGahn in June 2017 to tell the acting attorney general that Mueller “must be removed.” McGahn refused.

“The Special Counsel made clear that he did not exonerate the President. The responsibility now falls to Congress to hold the President accountable for his actions,” House Judiciary Committee Chairman Jerry Nadler, D-N.Y. said in an April 18 written statement just after the report was released.

President Trump, however, maintains that the Mueller report has cleared him of wrongdoing, and has underscored that view in Twitter messages.

"The end result of the greatest Witch Hunt in U.S. political history is No Collusion with Russia (and No Obstruction). Pretty Amazing!" the president wrote Saturday.

Another tweet was titled, "Mueller Investigation By the Numbers":

"Many know I take no pleasure in discussions of impeachment. I didn’t campaign on it, & rarely discuss it unprompted. We all prefer working on our priorities: pushing Medicare for All, tackling student loans, & a Green New Deal. But the report squarely puts this on our doorstep," Ocasio-Cortez tweeted Thursday.

On Saturday, Warren -- who has been struggling to gain traction with voters -- doubled down on her call for the House to begin impeachment proceedings.

"I know people say this is politically charged and we shouldn’t go there, and that there is an election coming up, but there are some things that are bigger than politics,” she told an audience at Keene College in New Hampshire.

Pelosi and other Democratic leaders have tried tamping down talks of impeachment, arguing that Senate Republicans would not vote to remove Trump from office.

Rep. Mike Quigley, D-Ill., told Bloomberg he agrees with Pelosi that a case for impeachment should be built carefully and out of a complete record.

“Maybe we get one shot at it. Why not wait to get all of the information we can?” he said. “It doesn’t help to just keep talking about impeachment. It makes it look like you are obsessed with it.”

Eight-term Rep. Al Green, D-Texas, began calling for impeachment even before Ocasio-Cortez and Tlaib, according to Bloomberg. He twice forced procedural votes on articles of impeachment when Republicans controlled the House. He said would press the issue again regardless of what party leaders think.

“I will bring it to the floor for a vote if the committees do not act," said Green. “"If we don’t step up and do our job, if we engage in some sort of analysis and debate and refuse to say the word, ‘impeachment,’ we will engage in what Dr. King called the paralysis of analysis.

"We will do this until such time someone will say it’s too late to get into impeachment, it will appear to be political, and as a result we will then decide that this must be taken to the polls on Election Day."