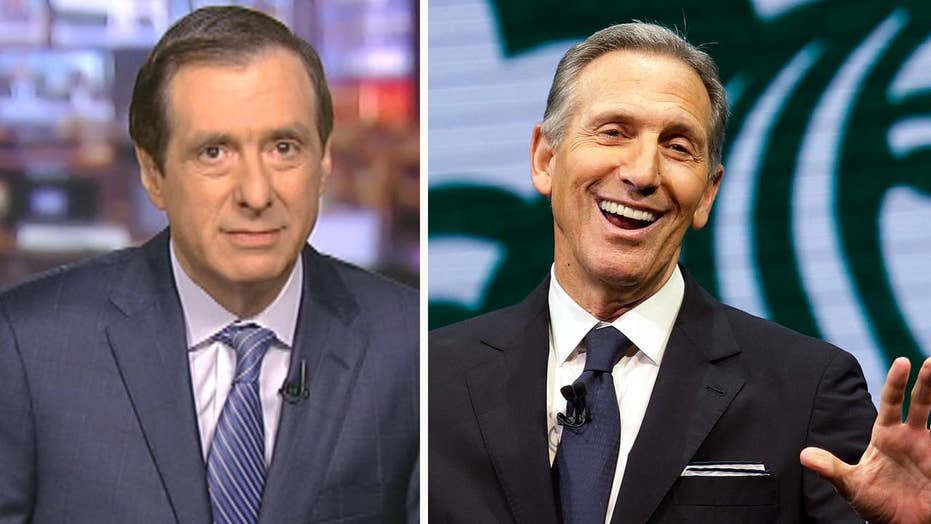 'MediaBuzz' host Howard Kurtz weighs in on how billionaires like Howard Schultz, Michael Bloomberg and Bill Gates are playing a greater role in today's politics.

It's not a great time to be a billionaire, is it?

Liberals want to tax the hell out of them.

Some critics say they shouldn't be allowed to exist.

One of them is off to a stumbling start for a possible run for president.

Another is playing Hamlet about a possible run for president.

And the one in the White House may have to fend off demands for his tax returns as Democrats hunt for conflicts of interest in how he amassed his billions.

So the upside of B-word status is that you have lots and lots of money. The downside is that the cultural winds seem to be shifting against that.

CNN granted Howard Schultz a town hall, even though he's undecided on an independent 2020 candidacy. And he addressed his rich-guy status by saying,

"The headline is here: I should be paying more taxes. And people who make this kind of revenue, and are of means, should pay more taxes."

But how much more? Schultz told Poppy Harlow he didn't have a number, which makes him look vague. But far worse was the fact that he couldn't say whether he'd sell his $2 billion stake in Starbucks if he became president. "I think we're getting way premature," Schultz said, adding that he would avoid conflicts, etc.

No political adviser should have let him onto that town hall stage without an answer to that obvious billionaire's question.

Schultz dismissed the proposal by Alexandria Ocasio-Cortez and other freshman Democrats for a 70 percent tax rate on income over $10 million, in part to fund her Green New Deal.

Schultz dismissed that as a "punitive number," and AOC fired back on Twitter:

"Remember that their plan=no plan. Why? Because for billionaires, things are already going fine."

Politico reports that Michael Bloomberg is prepared to spend at least $500 million of his fortune to oust President Trump from the White House. But the former New York mayor, who's flirted with running before, is leaving himself two options.

Plan A is that he tries to win the Democratic nomination; Plan B is that he spends the money in a sort of shadow campaign to boost the eventual nominee.

I still doubt Bloomberg will run, but who knows?

Another famous billionaire (who is not running for president) says he pays too little in taxes.

Bill Gates told the Mail: "I don't deserve my fortune. Nobody does. It has come through timing, luck, and through people I worked with. I certainly worked hard and I think software has been a beneficial thing, but I benefited from a structure too."

So even though he has paid more than $10 billion in taxes, said Gates, who plans to leave nearly all his assets to the foundation he runs with his wife, "I should have paid more ... I think things should be more progressive."

There was a time when the super-wealthy were welcome in politics. Men like Jack Kennedy and Nelson Rockefeller were thought to have so much family wealth that they could concentrate on the common good.

Trump used to brag about not having to ask for money in his campaign since he was financing it himself, although by the fall he was benefitting from outside fund-raising. But his wealth was also touted as proof of his business acumen.

Maybe Trump, whose name appears on properties around the world, helped inspire the backlash. But it's also a product of greater concentrations of wealth in our society and the leftward drift of the Democratic Party.

When even some billionaires are saying they have too much money, it’s clear the ground is shifting. 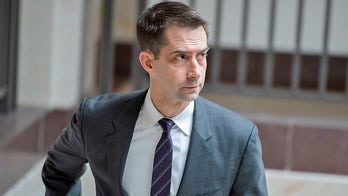