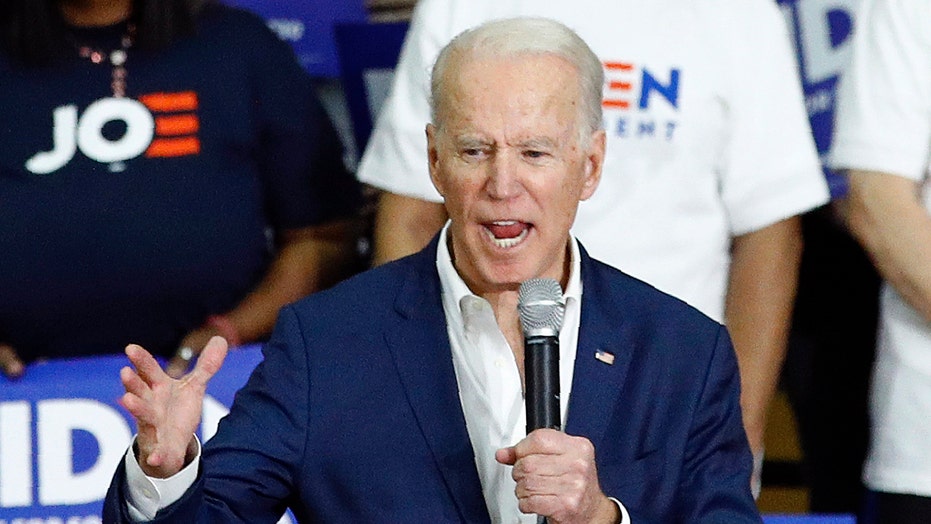 Former Vice President Joe Biden notched another gaffe Monday night in South Carolina when he discussed his experience negotiating the Paris Climate Agreement -- with a Chinese leader who has been dead for decades.

Biden was detailing the fight against climate change when he told an audience at the College of Charleston about his Obama administration-era work on the Paris deal, only to mix up the names of Chinese heads of state in the process.

"I'm the guy that came back after meeting with Deng Xiaoping and making the case that I believe China would join if we put pressure on them," Biden said.

The Trump campaign quickly pointed out the error.

The Paris agreement was drafted in late 2015 and adopted in 2016. Deng Xiaoping -- who infamously presided over the government's deadly crackdown on the Tiananmen Square protests -- retired in 1992 and died in 1997. Biden was likely referring to Chinese President Xi Jinping.

At another point during the same speech, an impassioned Biden tripped over his words while calling for gun control.

"Who in God's name needs a hundred rounds in a bullet, in a clip, with a gun you have?"

Biden had another odd gaffe that day. Wrapping up his remarks at the South Carolina Democratic Party's First in the South Dinner, he misspoke about which office he was seeking and made a puzzling reference to another Biden.

"Where I come from, you don't get far unless you ask. My name's Joe Biden. I'm a Democratic candidate for the United States Senate. Look me over. If you like what you see, help out. If not, vote for the other Biden," he said.

Biden also raised eyebrows when he recently shared an unverified claim on the campaign trail that he was once arrested in South Africa trying to see Nelson Mandela in prison, something he had never previously shared.