Speaking at the Poor People's Campaign summit on Monday, the Democratic frontrunner was asked by MSNBC host Joy Reid about how he would handle a GOP-controlled Senate headed by Senate Majority Leader Mitch McConnell, who has vowed to halt progressive legislation.

“Joy, I know you’re one of the ones that thinks it’s naive to think we have to work together,” Biden responded. “The fact of the matter is if we can’t get a consensus, nothing happens except the abuse of power by the executive.”

The former Delaware senator expressed how it sometimes takes a "brass knuckle fight" and reflected how he successfully campaigned during the 2018 midterms to help flip the House in favor of Democrats.

TRUMP DISMISSES BIDEN'S 2020 CHANCES, KNOCKS HIS 'MENTAL CAPACITY:' 'EVERYBODY KNOWS HE DOESN'T HAVE IT' 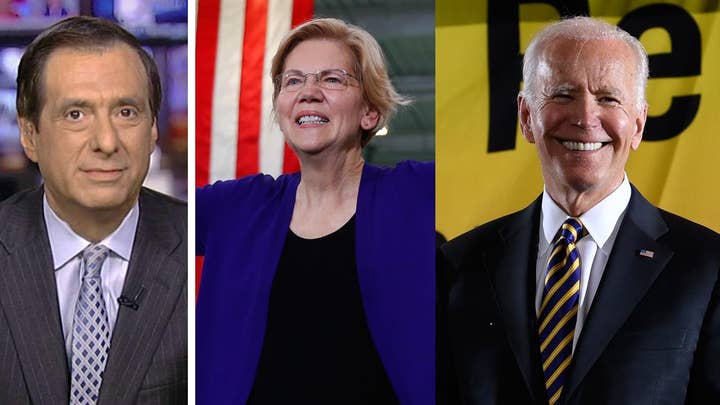 “You have to go out and beat these folks if they don’t agree with you by making your case,” Biden explained. "And that's what presidents are supposed to do, persuade people, move the public as to what's going on."

Biden then argued that there's always a "rationale for compromise" with Republicans, pointing to the Obama-era Recovery Act where he boasted "three Republican votes" that he garnered in order to get it passed.

“If you start off with the notion there’s nothing you can do, well, why don’t you all go home then?” Biden continued. “Or let’s start a real physical revolution if you’re talking about it. Because we have to be able to change what we’re doing within our system.”

He later told the crowd that you "can shame people to do things the right way."

At the same event, Biden predicted he can win states no Democrat has won in presidential elections in decades.

"I plan on campaigning in the South. I plan on -- if I'm your nominee -- winning Georgia, North Carolina, South Carolina, believe it or not,” Biden said.