Speaking in a live "Fox & Friends" phone interview Friday, Trump claimed not to be concerned about taking on Biden next year.

Steve Doocy asked the president what he meant when he said Biden "doesn't have what it takes."

"It means mental capacity, it means a lot of different things. He never did have what it takes," said Trump, joking that he used to refer to Biden as "one percent Joe" for his prior failed presidential runs. 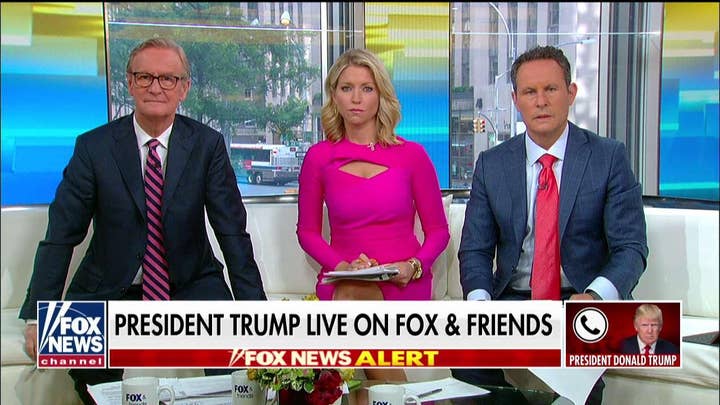 NEWT GINGRICH: TRUMP VS. PELOSI - WHY THE 2020 ELECTION MAY TURN OUT COMPLETELY DIFFERENTLY THAN YOU EXPECT

"Obama came along, and surprisingly, took him off of, I say, the trash heap."

He said he sees those three candidates as the most likely to be his opponent in 2020.

"They talk about Kamala, I don't see Kamala. ... Mayor Pete, I don't see at all, I think that's a joke," said Trump, who expressed confidence ahead of the formal launch of his re-election campaign Tuesday in Orlando, Florida.

A new national poll this week contained some warning signs for Trump, showing Biden and a slew of other Democratic candidates leading in head-to-head matchups.