Anne Geran on the chances of the fmr. VP running for President.

Joe Biden continued to stoke speculation about a possible 2020 presidential run during a speech Saturday night at the Human Rights Campaign’s National Dinner in Washington, where the former vice president lamented the fact that he had not spoken out against President Trump and his administration’s policies sooner.

“Barack and I agreed to remain silent to let this administration get up and running,” Biden said of himself and the former president. “God forgive me, but I could not remain silent after Charlottesville.”

Biden went on to attack Trump’s response to a white nationalist rally in Charlottesville, Va., that erupted in violent clashes between the white nationalists and counter-protesters and left one person dead after someone drove a car into a crowd.

“We are in a fight for America’s soul and we have leaders who at the time, when that occurred, making a comparison and said there were good people in both groups,” Biden said. “What has become of us? Our silence is complicity.”

Trump drew criticism from both sides of the aisle last year for comments he made, following the incident in Charlottesville, during a press conference at Trump Tower.

Speaking to an audience of HRC members, one of the country’s largest LGBTQ-rights groups, Biden compared Trump to a bully and added that the “forces of intolerance” have an “ally in the White House.” 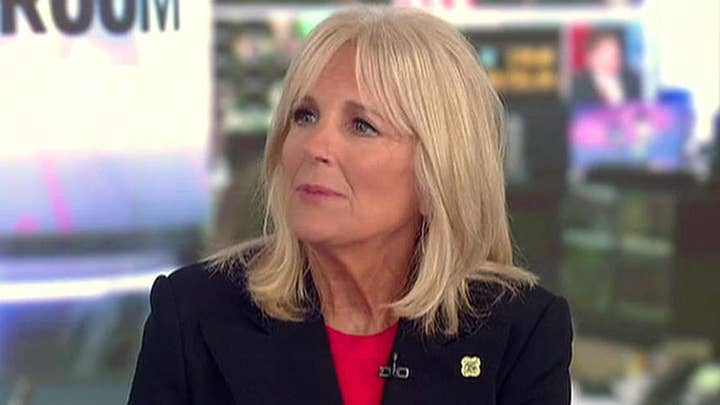 “These forces of intolerance remain determined to undermine and roll back progress,” Biden said. “This time they, not you, have an ally in the White House, the president uses the White House as a literal bully pulpit.”

Biden has recently taken a much more vocal stance against Trump and his administration’s policies, fueling speculation that the former vice president is looking at a third run at the White House.

Biden, who previously ran for president in 1988 and 2008, has been crisscrossing the country since Labor Day – ostensibly to make a push in key battleground states ahead of November’s midterm elections, but leading many experts to speculate that he is gauging interest in a potential 2020 run.

"He is not someone who needs to run to cement his place in history. He's not someone who needs to run to feel he's making a significant contribution to the public discourse and the Democratic Party," Anita Dunn, a former adviser to President Barack Obama, told the Chicago Tribune. "But he is someone who, at the end of the day, feels a great deal of responsibility to listen to those people who are urging him to run." 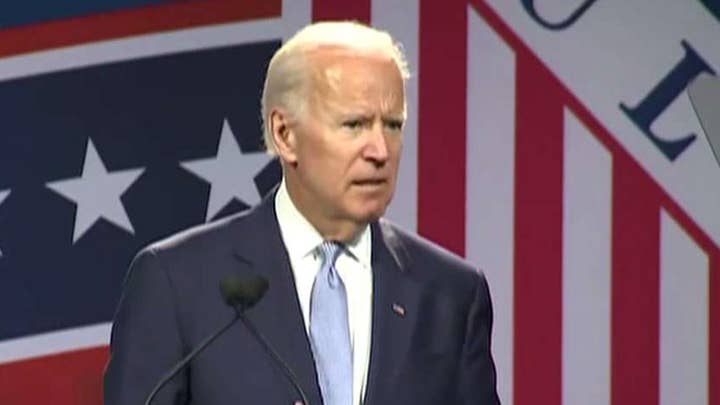 Next month, Biden will head to California and Nevada to raise money and hold public events for Democratic congressional candidates, including most likely a stop with Senate candidate Jacky Rosen in the Silver State.

The former vice president has said that after the midterm elections he will have an “altar call” to gauge public interest and will consult his family, before making a final decision whether or not to run by January.

Should Biden decide to run in 2020, he will be able to employ a large network of supporters, donors and aides that spans decades of service in both the Senate and the White House. He would also, at least currently, have an advantage in the polls against Trump.

A Politico/Morning Consult poll released last month found that in a head-to-head match-up Biden leads Trump by 12 points. A Harvard CAPS/Harris poll in June also put Biden atop what is expected to be a crowded Democratic field, with the former vice president getting the support of 32 percent of Democrats polled, compared to 18 percent for the party’s 2016 nominee, Hillary Clinton, and 16 percent for Bernie Sanders.

Trump in July boasted that it would be “a dream” for Biden to run against him and that Biden was incapable of winning the White House.

“Well, I dream, I dream about Biden. That’s a dream,” Trump said during a “CBS Evening News” interview.

Trump said that Biden “by himself could never do anything,” adding that “President Obama took him out of the garbage heap ... made him vice president, and he was fine.”