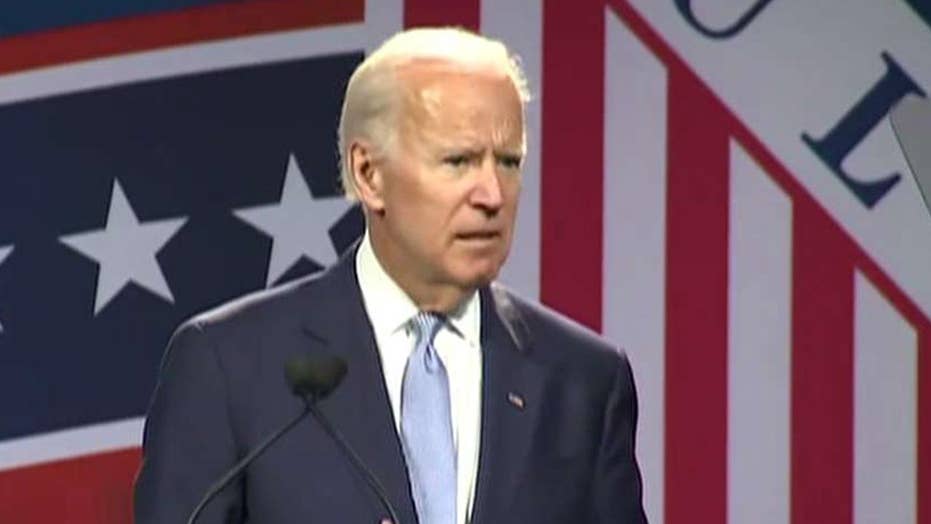 The former vice president has called the Trump administrations crackdown on immigration one of the darkest moments in our history.

Former Vice President Joe Biden, mulling a possible 2020 presidential run, ripped into the Trump administration’s immigration policies on Friday -- calling them “one of the darkest moments in our history” at a rally held by a Latino civil rights organization.

Biden made his fiery remarks in Phoenix, Arizona, at an event for the League of United Latin American Citizens (LULAC). He specifically targeted the Justice Department’s “zero tolerance” policy on prosecuting all illegal border crossers.

“Grotesque lies, lies about immigrants, about crime, about costs to the community,” said Biden. “This administration’s policies that literally rip babies from the arms of their mothers and fathers — it’s one of the darkest moments in our history.”

The “zero tolerance” policy, in turn, led to an increase in the number of children separated from their parents until Trump signed an executive order ending the practice.

“Not only is it a national shame, it tarnishes the very idea of America and diminishes our standing in the world,” Biden said.

TRUMP SAYS HE DREAMS ABOUT BIDEN RUNNING AGAIN, OBAMA 'TOOK HIM OUT OF THE GARBAGE HEAP'

Trump officials immediately fired back. Trump aide and former secret service agent Dan Bongino noted that Trump had stopped the separation of families and that similar separations had occurred under the Obama administration.

“This policy was in effect during the Biden/Obama years and was enforced even more ‘grotesquely’ to use his words,” Bongino said on "Fox & Friends." “He starts that thing off by talking about a series of ‘grotesque lies’ and then doubly ironic goes to lie about what the policy is.”

Biden’s remarks added fuel to a months-long war of words feud with Trump. 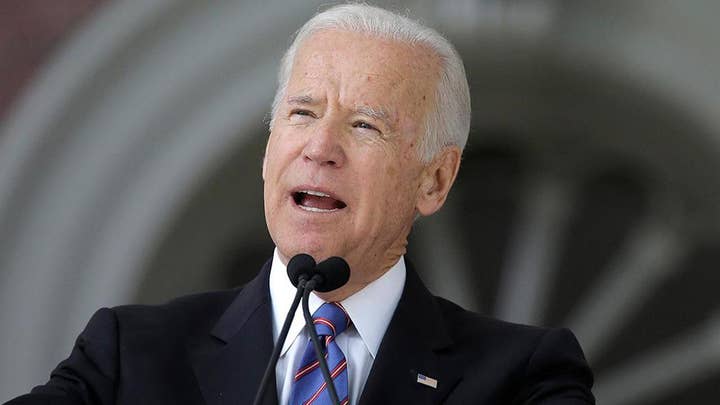 In March, the former vice president boasted how he would "beat the hell" out of Trump "behind the gym," with Trump responding that if the two fought, Biden "would go down fast and hard, crying all the way."

Biden has not yet ruled out a bid for the 2020 Democratic presidential nomination and has said that he will decide by January whether to run.

"I know I have to make up my mind and I have to do it by January," Biden said, according to USA Today.

In an interview with CBS News this week, Trump said running against Biden in 2020 would be a “dream.”

“Well, I dream, I dream about Biden. That's a dream,” Trump said. “Look, Joe Biden ran three times. He never got more than one percent and President Obama took him out of the garbage heap, and everybody was shocked that he did. I'd love to have it be Biden.”