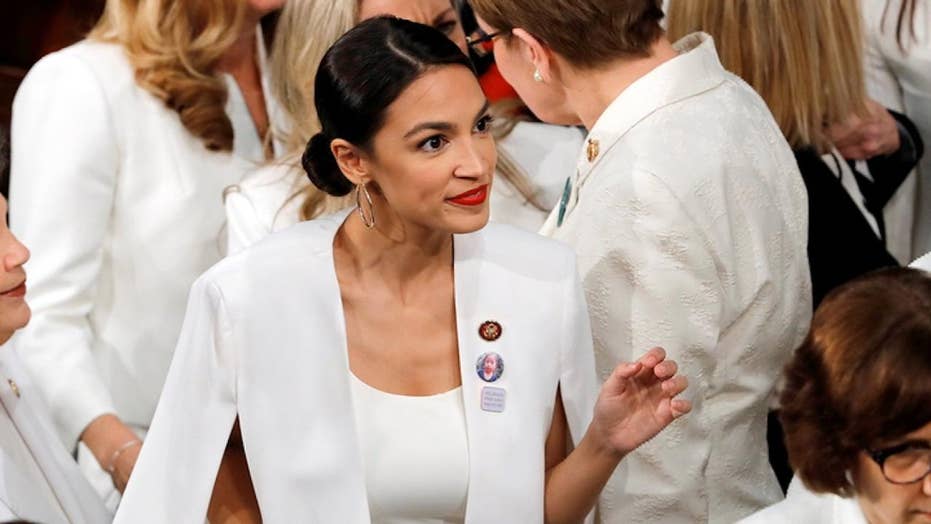 Rep. Alexandria Ocasio-Cortez, D-N.Y., attempted to make a case for universal health care on Thursday after a tense confrontation over the HIV prevention drug known as PrEP.

During a congressional hearing, Ocasio-Cortez pressed Gilead Sciences CEO Daniel O'Day on why his company's drug -- Truvada for PrEP -- cost so much more in the United States than in Australia. She later answered her own question on Twitter, saying that the U.S. health care system was to blame.

"Spoiler: Because Australia has universal health care," she tweeted. During the hearing, O'Day responded to Ocasio-Cortez by noting how the drug was under patent in the United States but would be generically available in September of 2020.

Ocasio-Cortez, who pointed out Gilead's $3 billion in revenue from the drug, then suggested that people died as a result of the company's pricing.

"There is no reason this should be $2,000 a month," she said of the drug, which is used to prevent HIV infections. "People are dying because of it and there's no forcible reason for it. We own the core intellectual property for it and, as a result, people are dying for no reason."

Her comments added to some Democrats' growing calls for universal health care in the United States. Sens. Elizabeth Warren, D-Mass., and Bernie Sanders, I-Vt., both 2020 hopefuls, pushed that idea through "Medicare-for-all" amid Democratic criticisms of the Trump administration for attempting to repeal the Affordable Care Act.

In a column from October, Trump blasted "Medicare-for-all" for its cost and effect on seniors. "Democrats have already harmed seniors by slashing Medicare by more than $800 billion over 10 years to pay for Obamacare. Likewise, Democrats would gut Medicare with their planned government takeover of American health care," he said.

During the hearing, Ocasio-Cortez told O'Day that she wasn't trying to "vilify" his work but took issue with the system of incentives set up by the U.S.

"This isn't about you as an individual or who you are or your character. This is about a system of incentives that we have set up. And when it comes to who to blame for this, I don't blame you," she said.

"I blame us," she added. "I blame this body because every single developed country in the world guarantees health care as a right except us, except the United States, because we can't get it together."

Her comments followed scrutiny surrounding the Trump administration's decision to challenge the entirety, rather than just parts, of the ACA as unconstitutional. In letters sent on Monday, Democratic leaders demanded more answers for the Justice Department's apparent about-face on the issue.

"This action could deprive millions of Americans of health insurance coverage, including 133 million people with pre-existing conditions," the letters read.

Trump has vowed to eradicate HIV by 2030 but seemed to face an uphill battle, according to the Centers for Disease Control (CDC). Health officials released a report in February, saying that progress has stalled after years of combatting the disease.

"After about five years of substantial declines, the number of HIV infections began to level off in 2013 at about 39,000 infections per year," the CDC said. It attributed the slow-down to HIV treatment and medication not reaching those who could benefit from them.