Following a week of contentious hearings for Supreme Court nominee Brett Kavanaugh, the focus has shifted to swing voters in the Senate and the crucial role they will play in the confirmation process.

One of the lawmakers on the hot seat ahead of the vote is Sen. Susan Collins, R-Maine, who recently received a particularly unusual gift in an effort to sway her opinion.

A package of 3,000 coat hangers arrived at Collins’ office in Washington, D.C. -- symbolizing back-alley abortions that took place before they became legal with the 1973 Roe v. Wade ruling -- in the hopes of convincing the pro-choice senator to vote against Brett Kavanaugh’s Supreme Court confirmation.

Collins, a centrist Republican who fought the GOP effort to junk the Affordable Care Act, is one of a few Republicans being targeted by activists hoping to block Kavanaugh from joining the bench as abortion has become a front-and-center issue in the debate over the judge.

Democrats argue that President Trump picked Kavanaugh because he will vote to overturn the Roe v. Wade decision. Liberal groups are running TV ads encouraging the senator to reject the nomination.

Activists have also pledged to spend hundreds of thousands of dollars to fund an opponent to Collins if she votes in favor of the president's nomination. She is up for re-election in 2020.

If Collins votes yes, then he is likely confirmed. She and Republican Sen. Lisa Murkowski of Alaska – another pro-choice Republican -- probably would have to both vote "no" for Kavanaugh to be blocked. 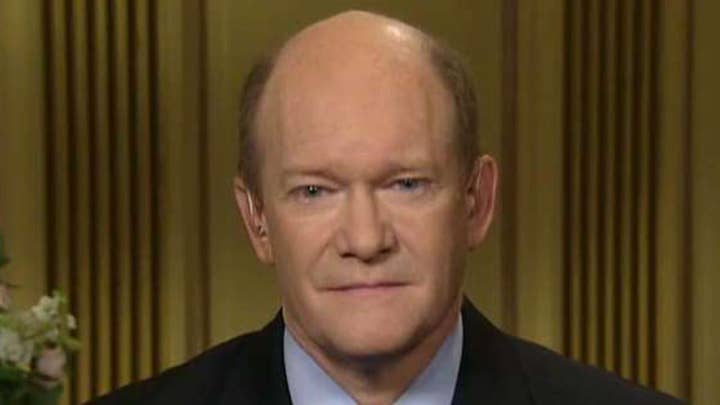 For her part, Collins has kept mum about how she'll vote.

Still, she's sent signals that Kavanaugh cleared a hurdle by telling her that Roe v. Wade establishing abortion rights is settled law. A spokeswoman for Collins said Saturday that a recently released email from Kavanaugh — in which he disputed that all legal scholars see Roe as settled — didn't contradict what he told the senator because he wasn't expressing his personal views.

"I always wait until after the hearings are complete before making a decision, and I'll do so in this case as well," Collins said.

Collins, for her part, is following the same process she used with GOP nominees John Roberts, Samuel Alito and Neil Gorsuch, and Democratic nominees Sonia Sotomayor and Elena Kagan.

"I have voted for Justice Sotomayor, and I've also voted for Justice Alito," she said, referring to justices at the opposite ends of the ideological spectrum. "I respect the fact that one of my jobs is to determine whether or not the candidate is qualified for the court, has the requisite experience, and has the judicial temperament, as well as respect for precedence," she added. 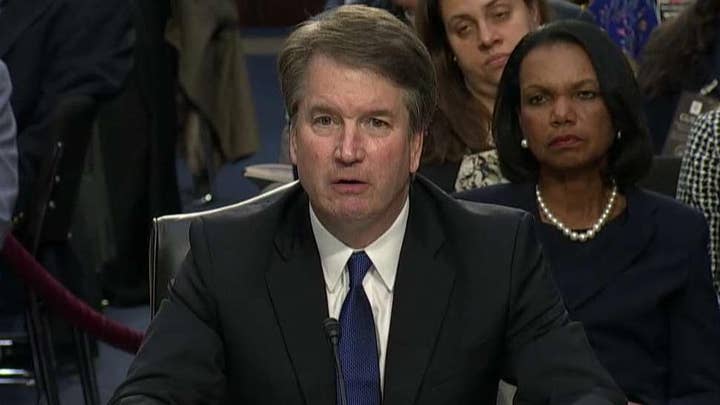 While she's never voted against a Supreme Court nominee, Collins has vowed to reject a candidate who's hostile to the Roe v. Wade ruling. She said Kavanaugh told her during their face-to-face meeting that he views the 1973 decision as established legal precedent.

Collins voted last month to preserve funding for Planned Parenthood a day after the same organization rallied in Washington to encourage her to vote against Kavanaugh. On Thursday, the group delivered letters to her office in Bangor.

"I've learned not to expect a 'thank you,'" Collins said.

EDITOR’S NOTE: A previous headline stated that Sen. Collins received hangers from anti-abortion activists. The hangers were from pro-choice activists.