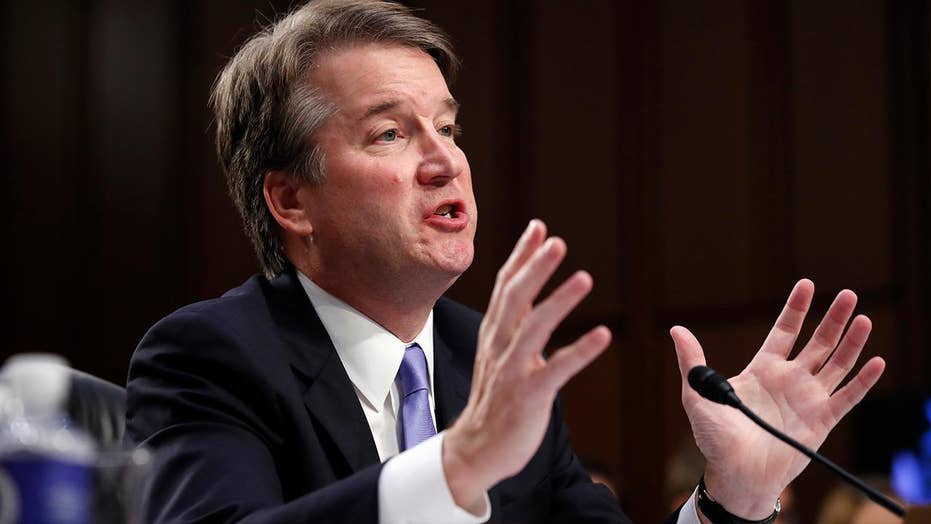 What was revealed about Kavanaugh during SCOTUS hearings?

Was anything uncovered during Kavanaugh's hearings that would derail his Supreme Court confirmation? SCOTUS panel reacts on 'America's News HQ.'

Sen. Kamala Harris, D-Calif., and Planned Parenthood have come under fire after accusing Judge Brett Kavanaugh of describing contraceptives as “abortion-inducing drugs” -- when he was only summarizing the position of a pro-life group.

The flashpoint came on Thursday when Kavanaugh was asked at his Supreme Court confirmation hearing about a case he ruled on that involved Priests for Life, who were challenging Obamacare’s contraceptive mandate that the group said violated their religious beliefs.

"That was a group that was being forced to provide certain kind of health coverage over their religious objection to their employees. And under the Religious Freedom Restoration Act, the question was first, was this a substantial burden on the religious exercise? And it seemed to me quite clearly it was," Kavanaugh told lawmakers on the Senate Judiciary Committee.

"It was a technical matter of filling out a form in that case," he said. "In that case, they said filling out the form would make them complicit in the provision of the abortion-inducing drugs that they were, as a religious matter, objected to."

Pro-choice and anti-Kavanaugh groups seized on his reference to "abortion-inducing drugs." Harris tweeted out the video, but cut out the preface that showed Kavanaugh making it clear he was summarizing the arguments of Priest for Life. The video therefore presented the reference as his own.

Harris accused Kavanaugh of choosing his words carefully and said, “This is a dog whistle for going after birth control.”

“He was nominated for the purpose of taking away a woman’s constitutionally protected right to make her own health care decisions,” the tweet said. “Make no mistake - this is about punishing women.”

Planned Parenthood, in a press release, also left out the words “they said” and later acknowledged the error, according to CNN. However, they still suggested that Kavanaugh had used what they thought was suspect language.

"The argument for the lawyers of Priests for Life was that they objected to all birth control," spokeswoman Beth Lynk told the outlet. "In Kavanaugh's testimony his description of their objection characterized all types of birth control as 'abortion inducing drugs.'"

Senator Orrin Hatch, R-Utah, who sits on the Senate Judiciary Committee said that the controversy was proof that Kavanaugh had performed well at the hearing.

"If Senate Democrats are resorting to editing videos of Judge Kavanaugh’s answers to make him look bad then he must have done well," he tweeted.

In a Saturday afternoon tweet, Harris stood by her position.

"Here is Kavanaugh's full answer," she wrote. "There's no question that he uncritically used the term 'abortion-inducing drugs,' which is a dog whistle term used by extreme anti-choice groups to describe birth control."

Kavanaugh’s hearing has been marked by controversies and constant protests by both Democrats and activists in the public gallery. He is still expected to be confirmed, due to the Republican majority in the Senate. 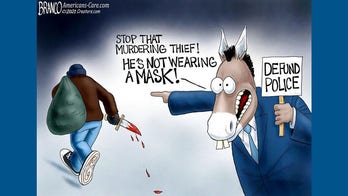 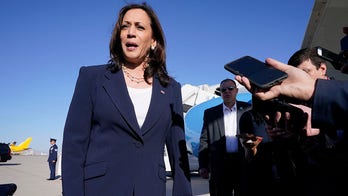