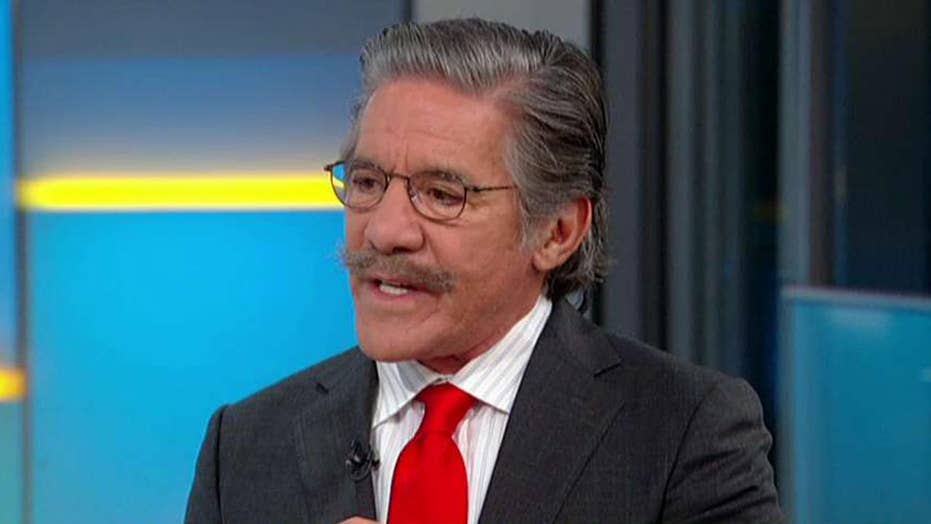 Fox News' Geraldo Rivera said it is clear Attorney General William Barr is determined to get to the bottom of the origins of the Russia probe, which should make some people very nervous.

Attorney General William Barr appeared to mix up his usual travel methods when he took a military transport plane with help from the Alaska National Guard.

"Sometimes plans change and you have to take a military transport plane to your next round-table discussion. Thanks for the lift, @AKNationalGuard! #AdventuresWithAGBarr," Justice Department spokeswoman Kerri Kupec tweeted on Thursday.

The tweet showed a brief video of Barr strapped into a seat while overlooking mountains and fields through the rear of the plane.

PUNDITS SAY MUELLER HANDED TRUMP CASE TO CONGRESS, BUT DID HE?

Kupec's video seemed to be a light-hearted moment that occurred against the backdrop of scrutiny surrounding Barr's handling of the Russia investigation. In an interview aired on Friday, Barr told CBS he didn't agree with legal analysis in Special Counsel Robert Mueller's report.

“We didn’t agree with the legal analysis, a lot of the legal analysis in the report," he said. “It did not reflect the views of the department. It was the viewpoint of a particular lawyer or lawyers, so we applied what we saw was the right law.”