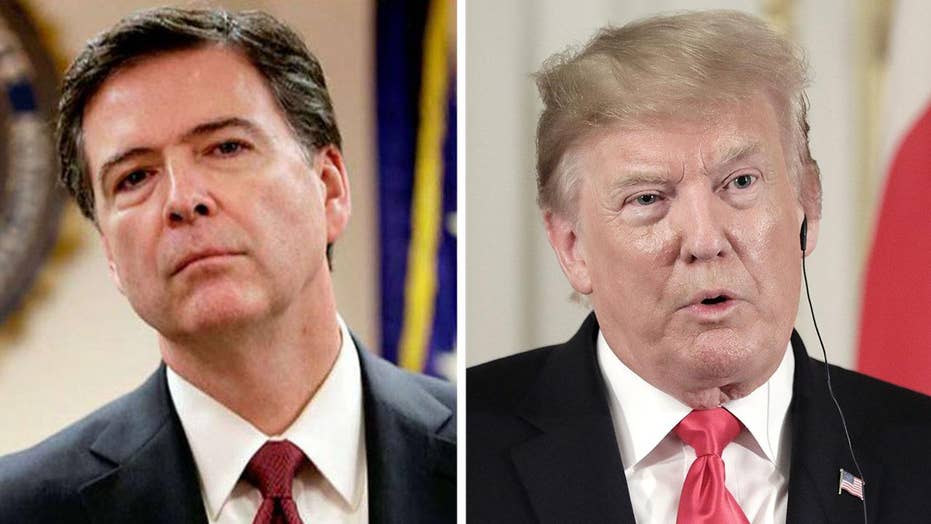 Attorney General William Barr has broken with President Trump on the issue of whether or not Obama-era officials committed treason.

Barr, in a sit-down interview with CBS News, was asked whether he agreed with previous comments Trump has made suggesting some people with ties to the former president’s administration had done so.

“You don’t think that they have committed treason?” Barr was asked by reporter Jan Crawford.

“Not as a legal matter,” he replied. “Sometimes people can convince themselves that what they're doing is in the higher interest and better good.

"They don't realize that what they're doing is really antithetical to the democratic system that we have,” he said.

Trump has previously accused the Obama-era FBI of “TREASON” on Twitter and called for “long jail sentences” on those who he believes carried out the act.

“My Campaign for President was conclusively spied on. Nothing like this has ever happened in American Politics. A really bad situation. TREASON means long jail sentences, and this was TREASON!” he tweeted earlier this month.

In March, he also said during a White House event that: “there are people out there that have done some very, very evil things, very bad things -- I would say treasonous things -- against our country.”

In the same interview, Barr was asked about the handling of his initial four-page summary of Mueller’s report, which he shared in late March. Barr and former Deputy Attorney General Rod Rosenstein said they determined that the evidence found in Mueller’s probe was not sufficient to charge the president with an obstruction of justice offense.

“We didn’t agree with the legal analysis, a lot of the legal analysis in the report,” Barr said. “It did not reflect the views of the department. It was the viewpoint of a particular lawyer or lawyers, so we applied what we saw was the right law.”

Speaking of Mueller's findings on obstruction, Barr said, “The bottom line was that Bob Mueller identified some episodes. He did not reach a conclusion. He provided both sides of the issue. And his conclusion was he was not exonerating the president, but wasn’t finding a crime either.”

Barr’s comments come after Mueller made a rare public appearance this week—his first and only in his tenure as special counsel. Mueller announced that the investigation was officially complete and that he was resigning from the Justice Department to return to private life.