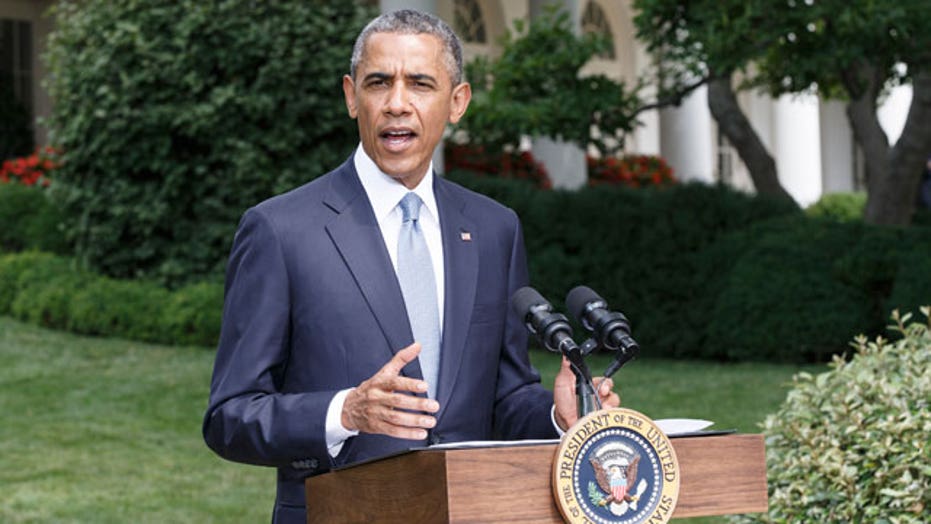 The debate over American foreign policy often seems to take place in a hermetically sealed bubble located somewhere inside the Beltway.

There is an inherent assumption that the United States must move aggressively in trouble spots around the globe, with military intervention, military aid or economic sanctions as the weapons of choice. The two parties often clash on priorities and details, but neither wants to be accused of being “soft” on the international stage.

And then there is the public.

It’s no secret that after a decade of bloodshed and sacrifice in Iraq and Afghanistan, most Americans are weary of war. But the numbers in a new Politico poll bring home how sizable majorities are increasingly wary of further foreign entanglements.

Take Ukraine, which became a flash point when Russia invaded Crimea and has dominated the news since the downing of a Malaysian Airlines plane, almost definitely by pro-Russian separatists. When the pollsters asked whether the U.S should do more to counter Russian aggression in Ukraine, only 17 percent of likely voters said yes. Another 34 percent said America should be less involved, while 31 percent backed the Obama administration’s current approach. (The poll was taken before the jet was shot down.)

What about Syria, which shattered President Obama’s “red line” by using chemical weapons and has been suppressing a rebellion for years. Some 42 percent of likely voters want less U.S. involvement, while 15 percent want more and 26 percent back our limited level of involvement.

And then there are the two wars that have roiled American politics since 9/11. An overwhelming 77 percent support Obama’s plan to pull all troops from Afghanistan by the end of 2016, with 23 percent in opposition.

And in Iraq, where tremendous gains by ISIS sparked a fierce debate over whether Obama should have left some troops in the country, 44 percent want less involvement and 19 percent favor more involvement, with 23 percent supporting the current level of engagement.

These are staggering figures that reveal a chasm between most politicians and a majority of voters. Many Americans are understandably focused on the problems in their daily lives and not terribly worried about what happens in Donetsk or Aleppo.

We saw the dilemma Monday when the president made his strongest statement yet about the downing of Malaysian Flight 17, saying the Russians must step in and allow access to the crash site or risk further isolation. But Obama didn’t threaten further steps if Vladimir Putin ignores him — and what could he do, beyond sending more arms to Ukraine, that the public would support?

While Republicans tend to be more hawkish than Democrats, Politico points out that a majority of those who identify with the GOP want to withdraw from Afghanistan and maintain or reduce involvement in Iraq, Syria and Ukraine.

Obviously, no president can lead based solely on opinion polls. George W. Bush stabilized Iraq with a troop surge that was highly unpopular at the time, while Bill Clinton intervened in Bosnia with limited public support. Bush roused the public to support the Iraq war with a drumbeat about Saddam’s weapons of mass destruction, the lack of which haunted the rest of his presidency.

But as Vietnam, and later Iraq, proved in spades, it is hard to sustain a long-term war without public backing, especially if there are Americans fighting and dying.

Obama has been legitimately criticized for “leading from behind” (a charge first made about his slowness to act in Libya), but his go-slow approach on foreign policy may be more in tune with public sentiment than with Washington’s debating society.

Which isn’t to say he fares well in the Politico poll, not with 43 percent approval, and not with likely voters trusting Republicans more than Democrats on foreign policy, by 39 to 32 percent.

Nor did Hillary Clinton get a ringing endorsement. Asked to rate her tenure as secretary of State, 14 percent said excellent and 28 percent said good; another 21 percent said fair, and 32 percent called her performance poor.

In fact, if there’s an isolationist mood in the country, one beneficiary could be Rand Paul, who has expressed wariness over foreign entanglements and is therefore taken less seriously by the foreign policy establishment.

In my view, this is the sleeper number in the poll: When asked to name the issue that would matter most in determining how they vote this fall, 11 percent said foreign affairs, national defense or terrorism. But 31 percent chose jobs and the economy — the very subject that has faded from the news as Ukraine, Russia, Iraq, Israel and the Palestinians have taken over the headlines.