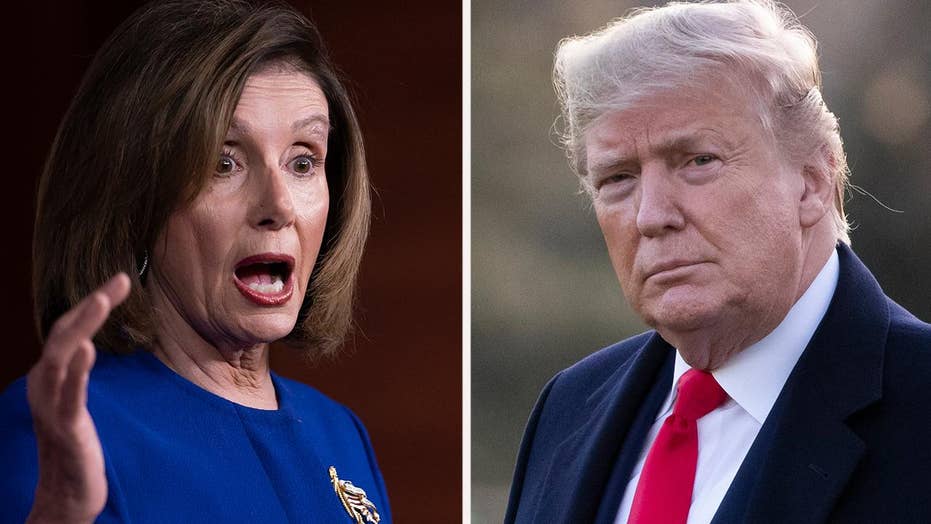 The 224-194 vote Thursday by the House of Representatives to approve a nonbinding resolution calling on President Trump to get authorization from Congress for further military action against Iran was counterproductive.

Tying the president’s hands to make it harder for him to respond to threats to our national security could increase the chances that other nations and terrorist groups will take hostile action to harm our citizens and our nation itself.

Today and in the future, the president of the United States – whether a Democrat or a Republican – will at times be required to act swiftly and decisively to defend our nation. The president’s power to take such action helps deter our adversaries from attacking us.

Following a missile attack and other threats that have arisen from Iran, many Americans and some of our allies continue to criticize President Trump’s order last week to kill Iranian terrorist Gen. Qassem Soleimani, a mass murderer responsible for thousands of deaths – including over 600 Americans.

The president and top national security officials have said Soleimani was in the process of planning deadly attacks on Americans and had to be stopped. President Trump gave the order to kill Soleimani to save American lives – something we should all be able to agree is the job of the president.

After thousands of Iranians gathered in recent days to mourn the death of Soleimani, Iran’s leaders vowed “severe revenge” on the U.S.

Iran retaliated early Wednesday with missile strikes at two bases in Iraq housing U.S. troops. Fortunately, there were no American casualties. President Trump indicated Wednesday that for now the U.S. will not respond militarily to the missile strikes, but said he has tightened U.S. economic sanctions on Iran.

Tying the president’s hands to make it harder for him to respond to threats to our national security could increase the chances that other nations and terrorist groups will take hostile action to harm our citizens and our nation itself.

Our world today is dangerous and unpredictable. It is simply not practical to require the president to go through a long process of winning congressional approval to respond to every incident. This would not only delay any response but would give our adversaries time to prepare for any U.S. military action.

Imagine if when President Barack Obama made the wise decision to kill Al Qaeda leader Usama bin Laden that he had to propose the action to Congress and sit back for weeks or even months of debate over the plan. Bin Laden might still be alive today, because he would have been alerted to take new precautions against an attack.

The Constitution created the office of president because we need one person at the head of our government who can make tough decisions quickly and under extreme pressure. No president is infallible, of course. But it is simply impractical to have the 535 members of Congress run government on a day-to-day basis.

President Trump has acted boldly and courageously to respond to Iran’s state sponsorship of international terrorism and its efforts to produce nuclear weapons by imposing tough economic sanctions on the country. He should be applauded for his action.

And without the president’s decisive move to take out Soleimani, we might have to eventually face an Iranian attack like the Sept. 11, 2001 terrorist attacks or Pearl Harbor. President Trump sent a clear message to Iran with the killing of Soleimani: if you attack us, you will pay a heavy price.

If Iranian leaders are smart, they will not dare attack Americans again.

No one should mourn Soleimani. He was the mastermind of the attack in Iraq last month that killed a U.S. contractor and injured several members of our military, and of the attack on the U.S. Embassy in Baghdad shortly afterward. And his long murderous record over many decades made him the worst living terrorist on the planet until he was killed.

In a recent Fox News interview on “Hannity” Secretary of State Mike Pompeo said of Soleimani: “We caught him, we stopped him and it’s a good thing for the world.”

Pompeo described the strike against Soleimani as an “all-of-government effort, directed and led by Trump,” because our government identified a serious risk. Pompeo spoke of Soleimani’s future plans, saying the terrorist was traveling all around the region and planning “the big attack.”

“This is an attack that would have been some scale,” Pompeo said. “We can’t talk much about the details, but suffice it to say that the decision that President Trump made, to take Qassem Soleimani down, saved American lives.”

It is easy for us at home to sit back, watch developments on TV and criticize the president for his responses to national security threats. And as the old saying goes, hindsight is 20/20. But a president – any president – cannot be paralyzed by “what if” questions and endless deliberations. Sometimes, action is called for. President Trump knows this and he has met the test with his order to kill Soleimani and his continuing campaign of maximum pressure on the Iranian regime.