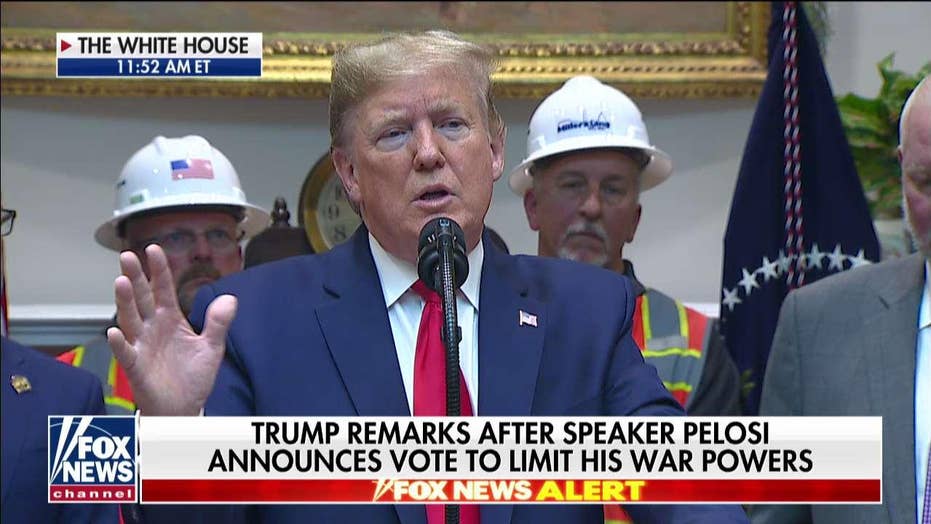 President Trump says the U.S. has increased the already severe sanctions against Iran

If you went to bed early Tuesday, you were surprised to wake up Wednesday and learn that World War III has been delayed. No doubt you were also shocked that Iran blinked, oil prices were tumbling and the stock market was soaring.

Once again, the Chicken Little chorus got everything all wrong. The sky isn’t falling and Donald Trump pulled off a huge victory. Oh, and he’s still president.

Iran’s decision to pretend it was retaliating for the death of Qassem Soleimani by lobbing ineffective missiles is terrific news for America and freedom-loving people everywhere. So was Trump’s Wednesday offer of negotiations, which he wrapped in even tougher economic sanctions and warnings against any new attacks on Americans.

Once again, the Chicken Little chorus got everything all wrong. The sky isn’t falling and Donald Trump pulled off a huge victory. Oh, and he’s still president.

Over the last week, the president has put on a clinic in seeking peace while projecting strength. Just don’t expect to find the outcome described that way in the New York Times or on CNN.

Comically, the Times tried to turn America’s victory into defeat, with its top headline declaring that “Trump Backs Away From Further Military Conflict With Iran.” Imagine the headline if he had chosen the military option.

The Times is so deep into the anti-Trump weeds that it swallowed the mullahs’ propaganda that the crush of Iranians said to be mourning the death of Soleimani took to the streets voluntarily.