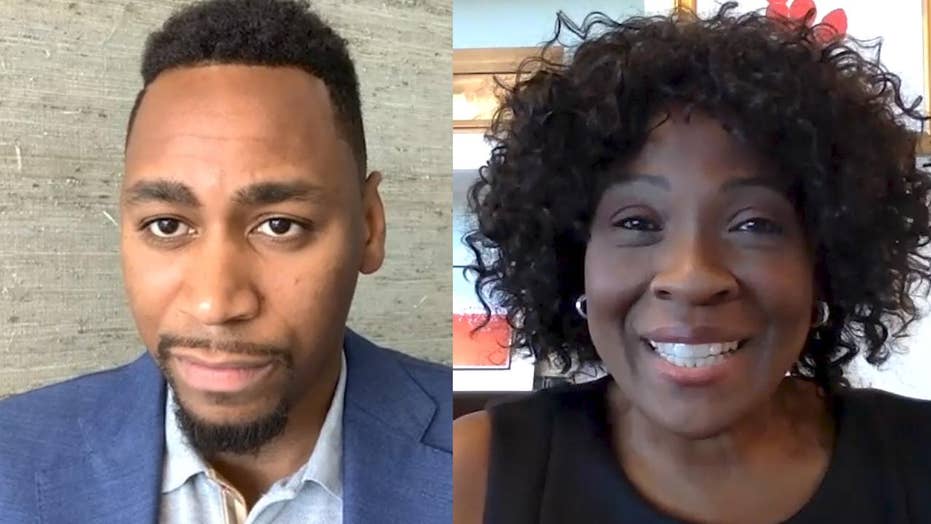 Will protests against police brutality lead young black voters to the ballot box this fall?

With fewer than five months till election day, Fox News political analysts Jehmu Greene and Gianno Caldwell break down whether the George Floyd protests will have staying power for young black voters as they head to the ballot box this fall.

It's been four weeks since the tragic killing of George Floyd, and protests against police brutality are continuing across the country every day. There are fewer than five months from the presidential election and political insiders are wondering whether the progress already achieved in changing the culture around officers' excessive use of force through proposed legislation can maintain momentum when voters enter the ballot box, especially young voters of color.

"I don’t think this is a flash in the pan, I think that most people I’ve talked to in Texas, in DC.., in New York feel like this is different," said Democratic strategist Jehmu Greene. “Young voters, young black voters are Trump’s worst nightmare...I think what we are seeing in the streets across this country, not just in urban areas, but rural states as well is a really bad sign for Trump, one of the reasons is because voters of color didn’t turn out in 2016 as much as they did for President Obama."

In 2016, President Trump received a very meager share of the African American vote, around 8 percent, though performing better than Mitt Romney did in 2012, who garnered around 6 percent. Republican insiders are confident that Trump has room for improvement this go-around due to his previous policies like his signing of the First Step Act, which promoted criminal justice reform and reduced prison populations, injecting funding into historically black colleges and universities (HBCU's), and overseeing pre-COVID-19 record unemployment numbers for African Americans.

"When we’re talking about the election and Trump potentially ascertaining more of the black vote than he did in 2016, that’s a real possibility, because he’s shown favor for police reform," said Gianno Caldwell, a conservative political analyst and Fox News contributor.

Caldwell says that this won't mean Trump will get the bulk of the black vote, but it will offer the president a record to present against Joe Biden on the debate stage this fall.

Biden could have a distinct advantage that Trump will not have going into the summer: the possibility of a black female running mate on the ticket, that will likely attract even more young support to the former vice president, a voting bloc he needs to turn out for him.

"I am certainly excited about the opportunity to have a woman of color on the ticket, I think we’re going to see that happen," said Greene, who is also a Fox News Political Analyst and former president of Rock the Vote.

Greene and Caldwell were both quite confident in one thing: the coalescence among young voters, especially young black voters, this election cycle is defeating President Trump.

"They might not believe in the candidacy of Joe Biden, but they’ll show up because they want to see Trump defeated and that’s been the hard reality for a lot of young folks," said Caldwell, adding that social media activism only goes so far.

"There has been a tradition among young folks, no matter what color you are to make your voice heard over social media, but when it’s time to show up...they don’t show up," he added.