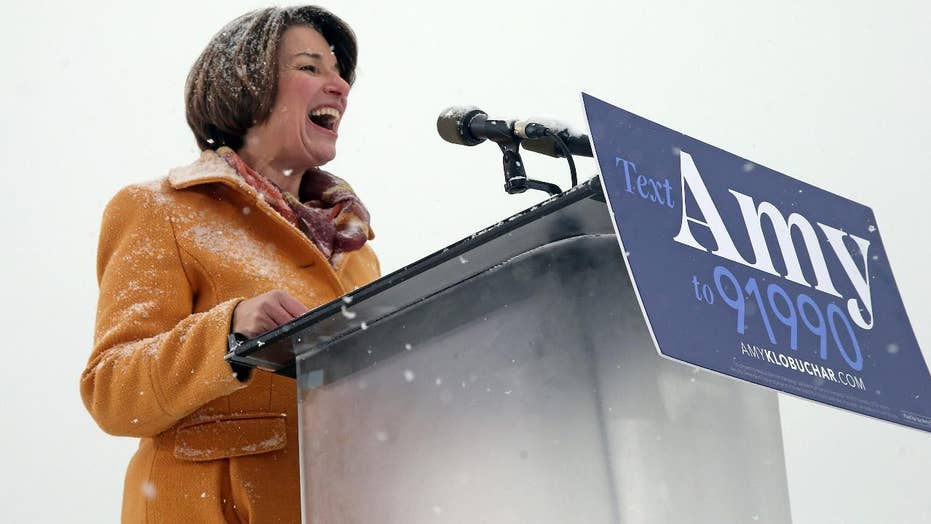 Which Democratic candidate has the most to gain or lose at 2020 Iowa caucuses?

The Iowa caucuses, which have always provided rocket fuel to winning presidential candidates, may fail to achieve liftoff this time.

The media, whose usual fixation on Iowa has been eclipsed by their obsession with impeachment, are very likely to devalue the caucuses.

Much of the chatter has focused on how the impeachment trial will pull the Democratic senators—Bernie Sanders, Elizabeth Warren, Amy Klobuchar—off the trail in the final two weeks of the contest. Instead of pressing the flesh in Des Moines and Dubuque, they’ll be trapped in the Senate chamber, six days a week, unable to speak in their role as jurors.

But the more important impact may be on the coverage. The cable news networks will be going wall to wall on the trial of President Trump, and each day’s arguments (or testimony) will likely dominate the prime-time shows. If the 2020 candidates are giving speeches or doing interviews or taking jabs at each other, their airtime will be more of an afterthought.

The same will be true of newspapers, magazines, radio and websites, though these outlets may have more flexibility to walk the impeachment walk and chew the campaign gum at the same time.

Still, much of the drama will be drained in the runup to the caucuses, just as this week’s CNN debate in Iowa was largely forgotten by the next morning.

The biggest impact will come after the Feb. 3 voting. The winner—as was true with Jimmy Carter in 1976 and Barack Obama in 2008—usually gets an avalanche of publicity and a boost in the following week’s New Hampshire primary. But most of the media oxygen will be consumed by the Trump trial.

That’s why the press is likely to downgrade the results. If Joe Biden or Pete Buttigieg wins the caucuses, the pundits will slap an asterisk on their victory. They had an unfair advantage, the political analysts will say, because the senators were barely able to campaign in a state that prizes personal contact with candidates. (Of course, if Sanders or Warren win, they’ll be portrayed as overcoming a huge obstacle.)

So the Iowa caucuses, in short, ain’t what they used to be.

Now this may in some ways be healthy. While I’m always impressed by how seriously Iowans take their first-in-the-nation role, the fact remains that this predominantly white and rural state is unrepresentative of the country.

What’s more, Iowa will pick a grand total of 49 delegates out of the 4,750 who will be sent to the Milwaukee convention. So what should pale in importance compared to, say, Super Tuesday, is hyped by the press into a make-or-break contest. Ratcheting down the importance of Iowa might be a step toward sanity.

What’s more, Iowa is changing its reporting process to include who had the most votes at the beginning and end of the lengthy caucuses, which will enable the candidates to spin and fudge the results.

The bottom line is that the media will be grading the Iowa results on a curve, muffling its usual impact under the roar of impeachment.