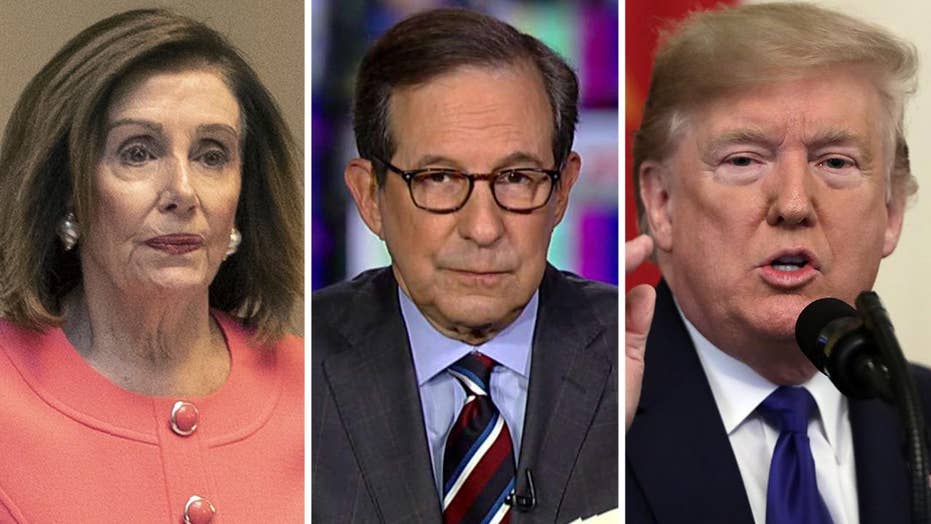 It wasn’t a mere split-screen moment; it was whiplash.

Two major stories collided yesterday on live television as President Trump and House Democrats tried to seize the spotlight from opposite ends of Pennsylvania Avenue, with viewers forced to dart their eyes back and forth as at a tennis match.

And there was a third story—the previous night’s Democratic debate in Iowa—that was blown off the screen, just 12 hours after it ended.

Just after 10 eastern, Larry Kudlow, the chief economic adviser, was touting the China agreement on Fox News as MSNBC and CNN were ramping up for a Pelosi presser. The stock-market indexes were hitting all-time highs.

Once Pelosi was introducing Adam Schiff, Jerry Nadler and her other impeachment managers for the Senate trial, all the cable news networks switched to the House speaker.

In the next hour, they all went live to the East Room as the president staged an event to hail the “Phase One” agreement with China. There is journalistic skepticism, to be sure, about whether Beijing will indeed buy $50 billion in U.S. food exports and stop stealing intellectual property in exchange for relief on some American tariffs. But the partial cease-fire was big news.

After many minutes, MSNBC broke away and began talking about impeachment, with split-screen boxes showing Trump and Dems speaking on the Hill. Soon afterward, CNN shifted to multiple boxes, briefly talking about China and then impeachment. Fox stayed with the East Room extravaganza.

Finally, Trump moved on to the substantive part of his trade speech, and CNN picked that up, while MSNBC stuck with its favored theme, impeachment. But then all three networks dumped Trump as Pelosi began the House debate on sending impeachment to the Senate.

If you’re keeping score at home, Pelosi had the ball, Trump stole it back, they tussled back and forth during the split-screen period, and then Pelosi trumped Trump.

The reason all this matters for the media is that we’re going to be in a political tug-of-war for weeks. The Democratic candidates are going to have trouble getting a sliver of the spotlight during the Senate trial, even as we head to the Iowa caucuses. Their serious but plodding debate in Des Moines will be instantly forgotten, except perhaps for Elizabeth refusing to shake Bernie’s hand. Joe Biden’s lament about the middle class--“They’re being clobbered. They’re being killed”—rang hollow in light of the booming economy and Wall Street records the next morning.

Another political collision: Trump may well be giving his State of the Union speech (the day after Iowa) while he’s still being tried in the Senate.

As the confrontation with Iran recedes, impeachment will dominate everything. Governing has come to a halt. Even the despicable Houston Astros cheating scandal is muffled. Even Harry and Meghan will find it hard to compete. And that is a challenge for the news business, especially since everyone knows how the trial will turn out.