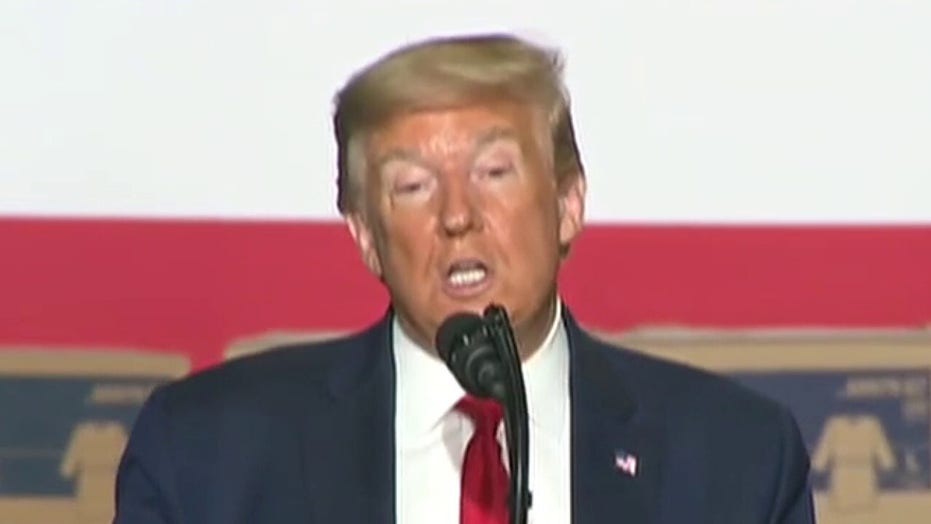 Protests mount against governors' stay-at-home orders; reaction and analysis on 'The Five.'

Washington Post columnist Jennifer Rubin was mocked on Thursday for repeating her claim that the "walls are closing in" on President Trump.

Rubin, an MSNBC contributor who describes herself as a "conservative opinion writer," has become a celebrity among liberal circles in recent years for expressing her disdain for the sitting Republican president. In her latest column, she celebrated the decision from the U.S. Court of Appeals in the 4th Circuit to revive an emoluments lawsuit against the Trump Organization for allowing foreign governments to conduct business with Trump's hotels.

"The walls are closing in on Trump’s lawless presidency. The only question is whether the voters will remove him before he is forced to unveil his finances, which he has strenuously attempted to conceal from voters," Rubin wrote. "One can only imagine what secrets are so damaging that Trump is compelled to litigate up and down the federal courts."

However, according to Rubin, the walls have been "closing in" on President Trump for a long time.

Back in October, Rubin declared in a headline that the "impeachment walls are closing in" after polling showed support for President Trump's impeachment in the Ukraine scandal, which resulted in a Senate acquittal in February.

In May 2017, the Washington Post columnist similarly declared "The walls are closing in on the scandal-plagued president" after the firing of FBI Director James Comey sparked an outcry from several Republicans at the time like Justin Amash, Jeff Flake, John Kasich, and the late John McCain.

Many on social media responded to Rubin's latest reiteration with mockery.

"The walls are closing in. For real this time," The Daily Caller's Logan Hall reacted with a screenshot of tweets from The Washington Post repeating her yearslong claim. "Jennifer Rubin, among other liberal pundits, has been trying to speak the 'walls are closing in on Trump' line into existence for years."

"Those are the slowest moving walls in history. Rubin types of have been saying this for 3 years," Twitter user Ken Meyer wrote.