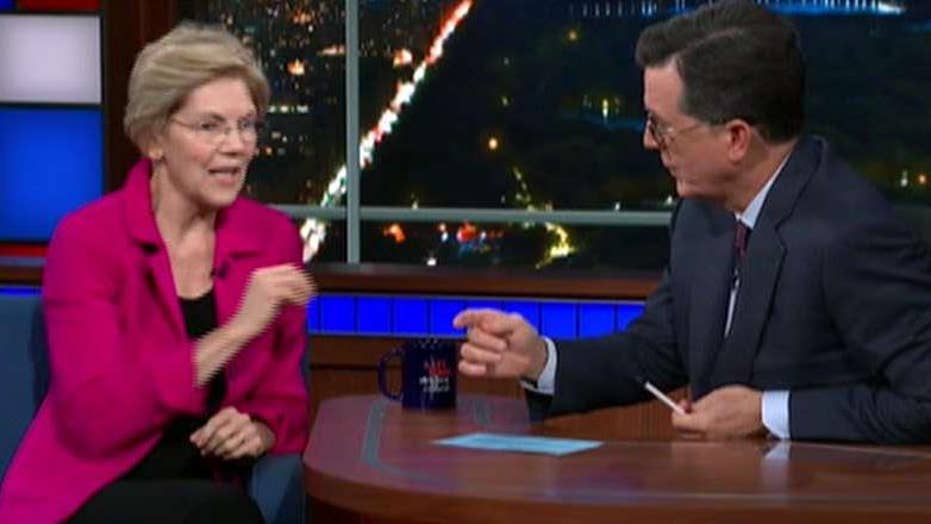 Katie Pavlich and Antjuan Seawright weigh in on how 2020 hopeful Sen. Elizabeth Warren will pay for 'Medicare-for-all.'

"Donald Trump did everything he could to obstruct justice. I read all 448 pages and when I got to the end, I called for the impeachment of Donald Trump," Warren said at the Polk County Democratic Party's Steak Fry fundraiser, referring to former Special Counsel Robert Mueller's report.

"Congress failed to act and now Donald Trump has shown that he believes he is above the law. He has solicited another foreign government to attack our election system,” she added.

While many Democrats called for impeachment after the report surfaced, Pelosi reportedly has continued to oppose the ramping-up of impeachment proceedings.

Warren, a 2020 hopeful, was just one of several to condemn Pelosi's inaction on the issue. "This is absolutely insane," Jon Favreau, who previously served in the Obama administration, tweeted.

"We have lifelong conservatives writing pieces about how Trump should be impeached and @SpeakerPelosi ’s advisers are still telling reporters they refuse to hold the President accountable."

Favreau was responding a tweet by CNBC's John Harwood, which claimed that one of Pelosi's advisers put the kibosh on impeachment. Actress Debra Messing was similarly outraged, calling Pelosi's reluctance "INSANITY."

"I am so infuriated at the Dem Leadership. What the f--k has to happen before doing the RIGHT THING is the GUIDING PRINCIPLE. This is destroying our country AND our party. Waiting for permission from the GOP to act is pure COWARDICE and DERELICTION OF DUTY. ACT!!" she tweeted on Saturday.