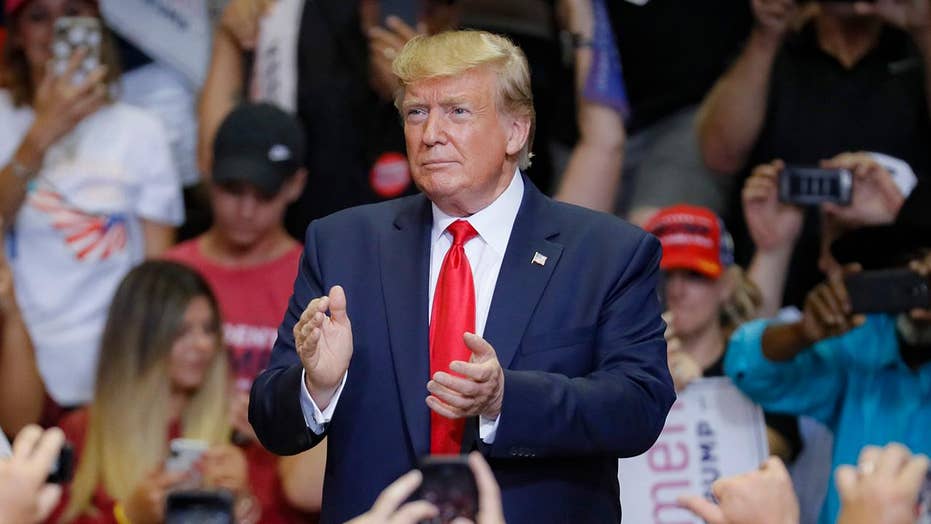 CNN’s on-screen graphics have been filled with snarky anti-Trump opinions for quite some time, but observers were still stunned on Thursday night when the network’s chyron seemed to imply that Trump supporters would eventually erupt into a controversial chant.

President Trump held a campaign rally in Ohio during Anderson Cooper’s “AC360” and the on-screen graphic said, “NO CHANTS OF ‘SEND HER BACK’ SO FAR AT TRUMP RALLY.”

DePauw University professor and media critic Jeffrey McCall told Fox News that “most news reports should focus on what is happening at a presidential event rather than what is not happening” but reporters were primed to see what would materialize following the chants that occurred at the last rally.

“Still, this CNN chyron comes off as pushing the controversy from a previous rally into the headline of the recent one,” McCall said. “This is almost like ‘wishful thinking’ reporting, and certainly, there were many other ways CNN could have characterized what was happening in Cincinnati that would have been more helpful and informative.”

“CNN doesn't want to be a news outlet,” Gainor told Fox News. “It simply incites controversy like it hired the people who weren't talented enough to appear in the movie ‘Jackass: The Movie.’ They know this kind of ‘news’ story will encourage people to say ‘send her back’ at events in response.”

Despite CNN’s “so far” narrative, the crowd never broke into the chant during the rally and many watchdogs took to Twitter with their thoughts on the chyron.

Trump tore into his Democratic opponents during the rally but dialed back his criticisms of the so-called "Squad" of freshman Democratic lawmakers who he scorched in an earlier event. It was one of the quartet, Somali-born Rep. Ilhan Omar, D-Minn., at whom supporters directed the chant.

On Thursday, Trump pointedly did not name and criticize each member of the "Squad," as he did at the previous rally in Greenville, N.C. The president said earlier Thursday that he would "prefer" that his supporters at the rally don't engage in a similar chant.

"I don't know that you can stop people," Trump said. "We'll see what we can do. I'd prefer that they don't. But if they do it, we'll have to make a decision then."