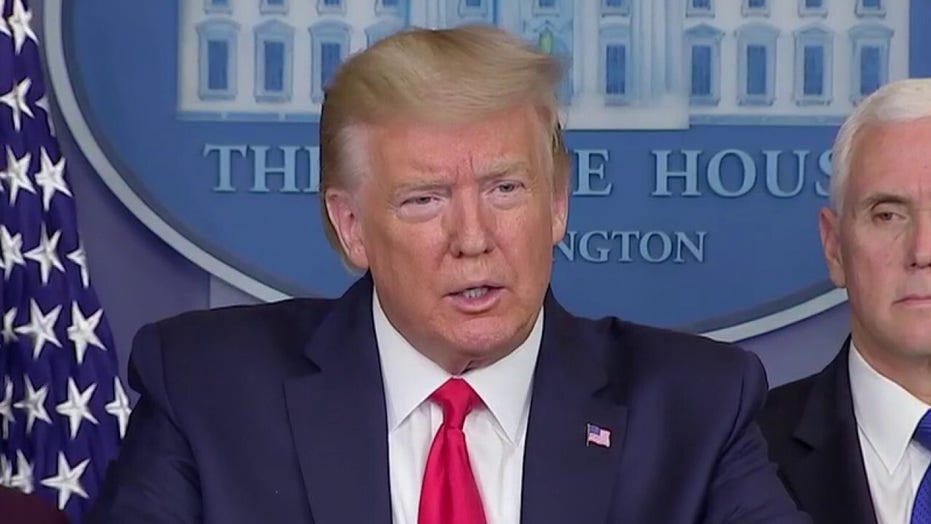 With the exception of Sunny Hostin, most of the "The View" co-hosts said Thursday they were fine with President Trump calling himself a "wartime" president as he confronted a global pandemic.

"He's right to call this a war. Is he not?" co-host Whoopi Goldberg asked the others on the show. "I agree ... I want this to be taken with the severity and concern it deserves," co-host Sara Haines responded.

She suggested that the term "war" might get people to take the pandemic seriously. "I don't care what he calls it. It just needs to be taken seriously," Haines said.

But Hostin suggested it was inappropriate given Trump's draft deferment and conduct while in office.

"I am very uncomfortable with this president saying that he is a wartime president because in my view, last week, he said he wouldn't take any responsibility for the significant delay in the country's coronavirus testing capabilities," she said.

"And you have a president who is notorious for being a draft dodger when it came to Vietnam and you know, getting these bone spur deferments. And so to sort of try to reframe his legacy when it comes to the coronavirus response as a wartime president, I'm very uncomfortable with — because wartime presidents take responsibility for their failures and he has been unwilling to do that," she added.

Haines responded by saying she would be willing to get behind strong language if it prompted people to take the virus seriously, to what Hostin said: "I think he's a liar in chief and I will refuse to give him the moniker of a wartime president. He doesn't deserve that."

"I don't think it's about what he deserves or not," co-host Meghan McCain said. "I think it's the realities of the world we're living in."