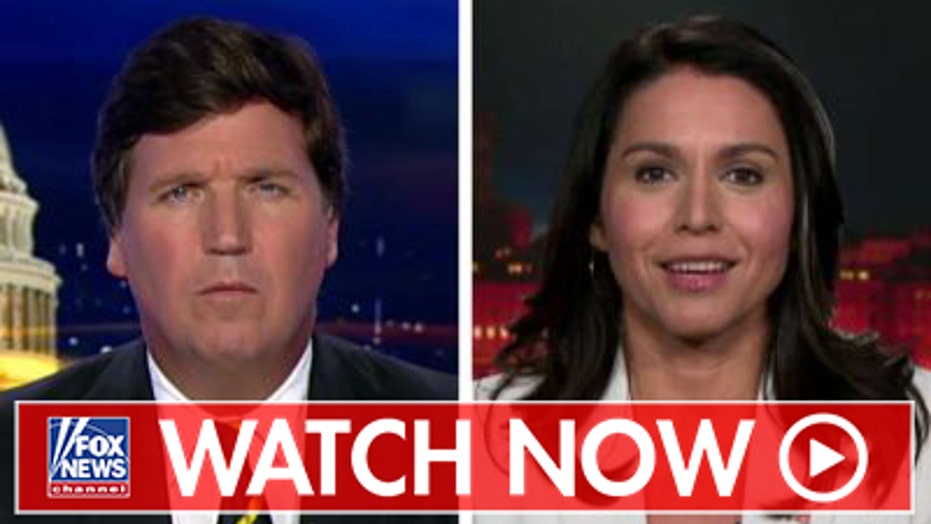 Democratic presidential candidate Tulsi Gabbard responded to what she considered hostility toward her by CNN and The New York Times, among other outlets.

The Times and CNN co-sponsored Tuesday's debate, but put out "hit pieces" on her in the days leading up to the event, Rep. Gabbard, D-Hawaii, claimed Wednesday on "Tucker Carlson Tonight."

During the interview, host Tucker Carlson asked whether the apparent hostility surprised her.

"It doesn't," Gabbard responded. "I think it's kind of absurd actually." 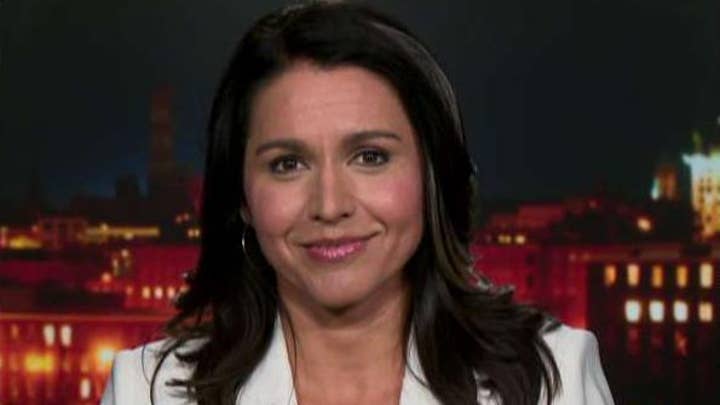 "As we saw in the days leading up to the debate last night, both CNN and the New York Times both ran hit pieces. For them to just sit there and try to portray themselves as neutral arbiters and independent entities working with the DNC to carry out a legitimate debate is frankly a joke."

She also fired back about claims in the media that she is a Russian asset or an "apologist" for Syrian President Bashar al-Assad because she does not support what she called "regime-change wars."

"This is exactly what happens to those like myself who are trying to end this regime-change war in Syria, who are calling for an end of our country's policy of being the world's police," the 38-year-old lawmaker said.

"What they're really doing is smearing anyone who is calling for an end to these regime-change wars -- including veterans."

During the debate, Gabbard also spoke to that extent, "The New York Times and CNN have also smeared veterans like myself for calling for an end to this regime-change war." She had been asked about Syria, where President Trump recently ordered the withdrawal of U.S. troops from the country's north.

"Just two days ago, The New York Times put out an article saying that I'm a Russian asset and an Assad apologist and all these different smears. This morning, a CNN commentator said on national television that I'm an asset of Russia -- completely despicable."