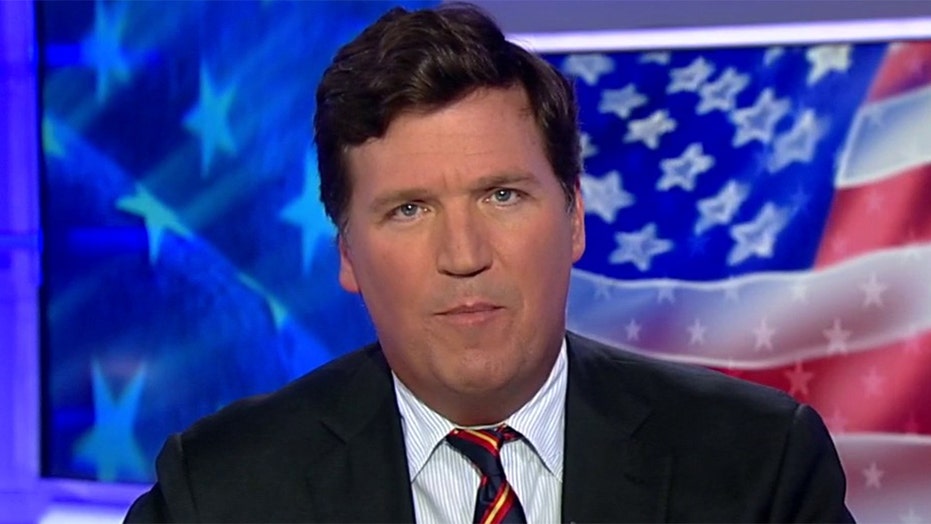 Tucker: Biden's cool sunglasses can't save him from himself

Democrats in disarray ahead of New Hampshire primary.

"Like all political leaders, Democrats in Washington sought to control the outcome of this whole process to the degree that they could. And they wrote a detailed script almost a year ago, way back in the spring. They decided that this election would amount to an Obama restoration. By beating Trump, we could all return to the world before Trump," Carlson said Monday night on "Tucker Carlson Tonight." "Joe Biden was the designated leader of this kind of revolution. It's a little hard to believe now. Now you can say out loud that Biden is in danger of finishing fifth tomorrow in New Hampshire but back then, they really thought that Biden could do it."

Carlson predicted a brokered convention based on changes made in the aftermath of the 2016 contest between Sanders and Hillary Clinton.

"Thanks to changes that Bernie Sanders demanded after the last election, many delegates are distributed on a proportional basis on the Democratic side," Carlson said. "And that means if there are three or more viable candidates in the race after Super Tuesday, there will almost certainly be a brokered convention and a bitter one."

The host put forth that the Democratic establishment, led by the party's national committee, is looking to stop a Sanders victory.

"Stop Bernie, that is the focus right now in Democratic circles in Washington. That's really all they're thinking about, "Carlson said. "They fear Bernie more than Trump."

Carlson said former South Bend, Ind. Mayor Pete Buttigieg and former New York City Mayor Michael Bloomberg are looked upon as the last hopes to derail Sanders within the party. However, Carlson had some questions regarding Buttigieg.

"Is he actually human? Does he leave footprints? Has he ever cast a shadow? Or is this so-called Pete Buttigieg exactly what he appears to be: A corporate hologram designed by the HR Department at Google for instructional purposes?" Carlson said. "But it's possible that A.I. is now so sophisticated that we're looking at our first robotic presidential candidate."

"You'll notice, for example -- not to be a conspiracy nut but it is true -- every word Buttigieg utters is perfectly synchronized with the official view from Silicon Valley and the finance world," Carlson said.

Carlson predicted that whatever happens after the polls close in New Hampshire Tuesday night, the Democratic Party is entering a brave new world.

"Let's be honest, the Democratic contest as of tonight is now between Mike Bloomberg and Bernie Sanders," Carlson said. "That's a disaster for Democrats."