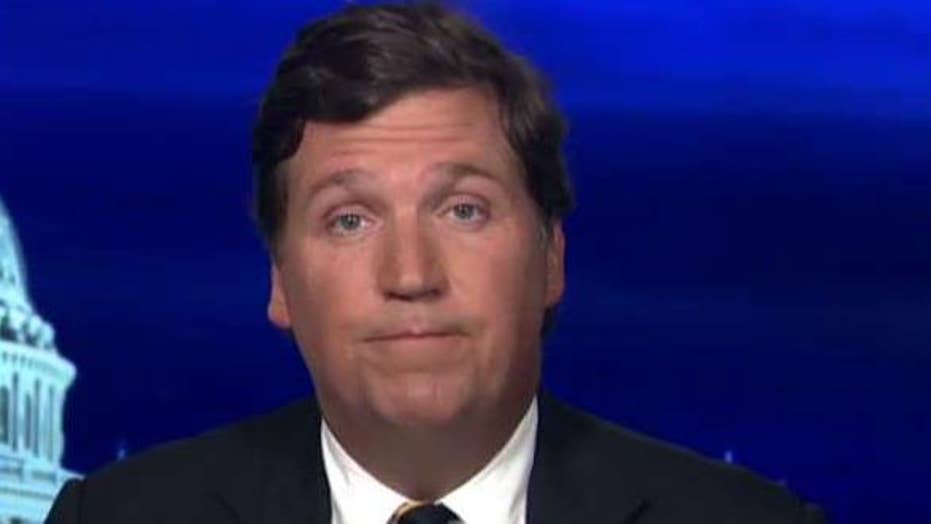 Pre-trial detention and cash bail have been eliminated for almost all misdemeanors and non-violent felonies.

"It's hard to see who benefits from it except the people getting out of jail," Carlson said on "Tucker Carlson Tonight."

The host was reacting to the story of Tiffany Harris, who was arrested last week for allegedly attacking three Jewish women in Brooklyn. With New York City adopting the new bail reform policies before they officially became law, Harris was released without bail on Saturday, arrested for another alleged assault on Sunday and released again.

"Criminal justice reform has been one of the chief obsessions of our ruling class," Carlson said. "Eliminating bail is just one prong of the offensive that they are waging. They're also demanding shorter prison sentences, fewer cops in 'overpoliced neighborhoods,' whatever that is. Voting rights for violent criminals in prison."

Carlson then gave statistics detailing the rise of murder rates in liberal cities.

"This is happening. These are not fake statistics, they're the most real. And even in cities where violent crime hasn't surged, locals are dealing instead with property crimes and quality of life offenses, which are significant, some places severe," Carlson warned. "The bottom line is normal people don't want criminal justice reform. They want criminal justice enforcement."