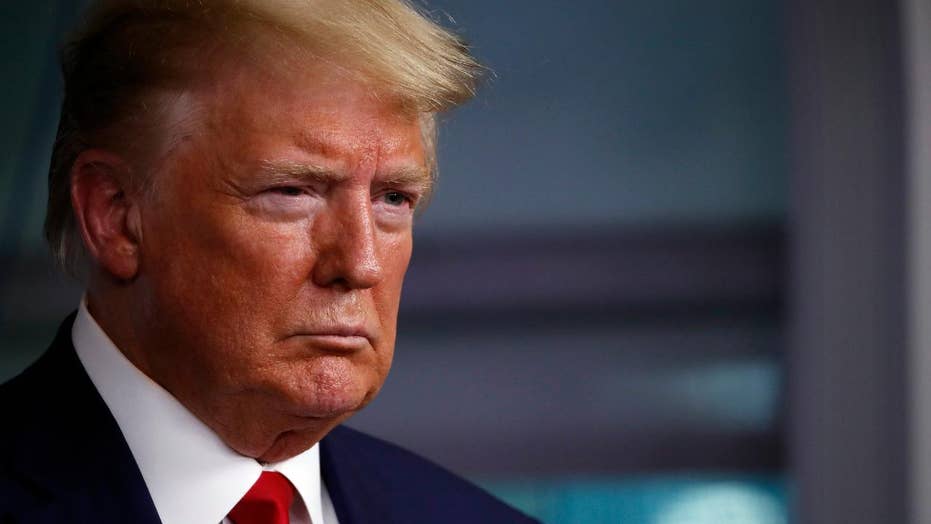 Questions surround President Trump's firing of the inspector general for the U.S. intelligence community who alerted Congress to a whistleblower complaint over the president's phone call with the president of Ukraine -- that ultimately led to the president's impeachment; David Spunt reports.

On the day he was inaugurated, Ronald Reagan took the dramatic step of firing the inspectors general at 15 federal agencies.

The press and many Democrats went haywire, saying he had violated the independence of these government watchdogs. But Reagan said he needed to have confidence in such officials, who were appointed by Jimmy Carter, and later rehired five of them.

President Trump is in a firing mood these days, and that is rekindling the same debate over politics and corruption as unfolded back in 1981.

And just as happened with the post-Watergate reforms four decades ago, the media are eviscerating the president and accusing him of trying to neutralize legitimate oversight of his administration.

Trump’s latest move: pushing out the head of a committee created by Congress to oversee the spending of more than $2 trillion under the virus bailout bill.

He did this by ousting Glenn Fine, who had been acting IG at the Pentagon, which disqualified him from serving on the new Pandemic Response Accountability Committee.

Trump said he doesn’t think he has met Fine, a career official, and didn’t really offer an explanation, telling reporters that overall he has “reports of bias and...different things coming in.”

As the New York Times put it: “The move came at a time when the president has been reasserting authority over the executive branch and signaling impatience with independent voices within the government that he considers disloyal.”

And that is the question, which also came up during the Ukraine mess: Is a political appointee who had been a career official--and therefore served under one or more previous presidents--automatically assumed not to be loyal? To be anti-Trump? Perhaps even part of the deep state?

That might be true in certain instances, but does Trump take the view that anyone who wasn’t appointed by him is inherently suspect? And is 100 percent loyalty a desirable trait in a job whose mission is to audit and investigate the administration?

The Washington Post calls the Trump personnel moves “a pattern that critics say is a direct assault on one of the pillars of good governance.”

The president had already signaled that he was wary of an IG overseeing the trillions in bailout spending. In a signing statement, he essentially said that he, not the IG, could control what information is shared with Congress about the investigations. And he nominated a White House aide, Brian Miller, to be the new IG for the coronavirus relief program. In a typical Democratic reaction, Chuck Schumer called the move “corrupt.”

The recent shakeup began when Trump fired Michael Atkinson, the intelligence community IG who reviewed the whistle-blower’s complaint and referred it to Congress. The president obviously blames him for the events that led to his impeachment, but Atkinson was doing his job.

Trump also sharply criticized Christi Grimm, the acting inspector general at HHS, saying she was biased against him. Grimm served under presidents Clinton, Bush and Obama, and was promoted by the Trump administration.

Her report was a quick survey of the nation’s hospitals, which reported shortages of virus tests and needed medical equipment.

Trump has also announced new IGs for the Pentagon, Education Department, CIA and Tennessee Valley Authority--which, as he correctly told reporters, he could have done the day he took office.

And the picture isn’t all black and white. For instance, Trump is nominating Sean O’Donnell, who has a reputation for challenging officials at the EPA (where he will continue to serve as inspector general), to take over the IG’s office at Defense.

When Reagan fired all the inspectors general, his press secretary said he wanted people “meaner than a junkyard dog” to fill the posts. The coming months should provide a clue as to whether Trump shares that sentiment or prefers toothless beasts in such sensitive roles.