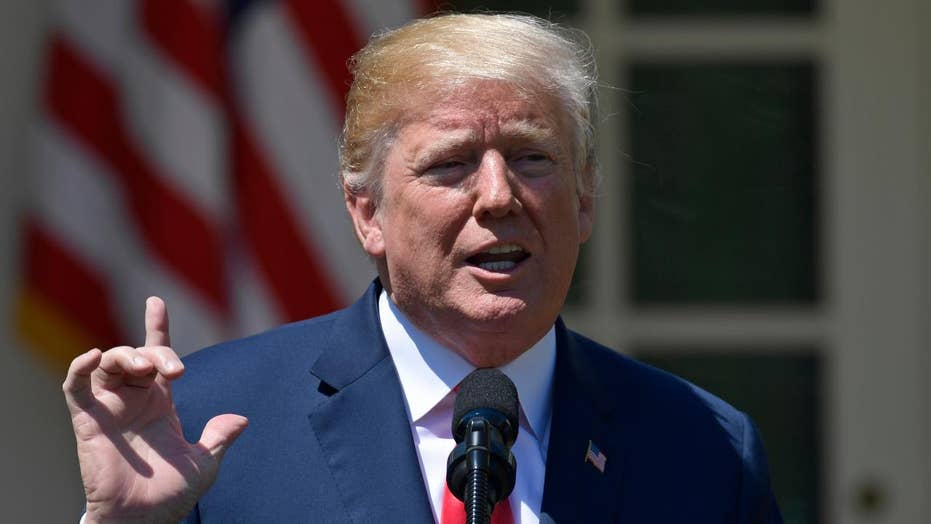 Is impeachment of Trump a foregone conclusion?

President Trump has acted like a "global gangster" and been overly reckless with his handling of American relations with Ukraine, said 2020 presidential hopeful Sen. Amy Klobuchar, D-Minn., during a Sunday television interview.

Klobuchar appeared on "State of the Union," and was pressed by host Jake Tapper about her stance on whether she will convict Trump if articles of impeachment are passed by the House. She dodged the question but claimed Democrats have finally found the smoking gun they've been waiting for.

"I have been very clear, I think this is impeachable, that the case should be heard by the House and it should come over to the Senate," she said. "I don’t know what counts they’re going to have, or how they're going to do this, but my focus is on the fact that you’ve got a president that's acting like a global gangster.

"He is basically going to one leader after another trying to get dirt on his political opponent," Klobuchar continued. "I consider that a violation of our laws. I consider it a violation of the election laws. You've got the smoking gun document, but now you’re getting... reports of another whistleblower that is going to back up what the first whistleblower says."

PELOSI DEFENDS SCHIFF AFTER BEING PRESSED ABOUT HIS 'PARODY' OF TRUMP'S UKRAINE CALL: 'HE DID NOT MAKE IT UP'

Democrats claim the president abused his authority by asking Ukranian President Volodymyr Zelensky to investigate 2020 presidential candidate Joe Biden, while the White House maintains Trump was simply trying to root out corruption. Biden's son Hunter was discovered to have ties to the Ukrainian gas company Burisma Holdings and was paid $50,000 a month for his role.

Hunter and his father were also photographed golfing with Burisma board member Devon Archer in 2014 after Biden said he had never discussed business with his son.

Klobuchar said any effort to remove the president would need bipartisan support and urged her colleagues across the aisle to turn against Trump.

"We have some of our Republican colleagues that are basically treating this as a joke with very few exceptions," she said. "And they are the ones that are going to matter because we're going to need something like 20 Republican votes to get up to 67 [votes]."

"We need more Republicans to point out this emperor has no clothes," Klobuchar added. "And pretty soon one by one by one, I think the truth will come out."