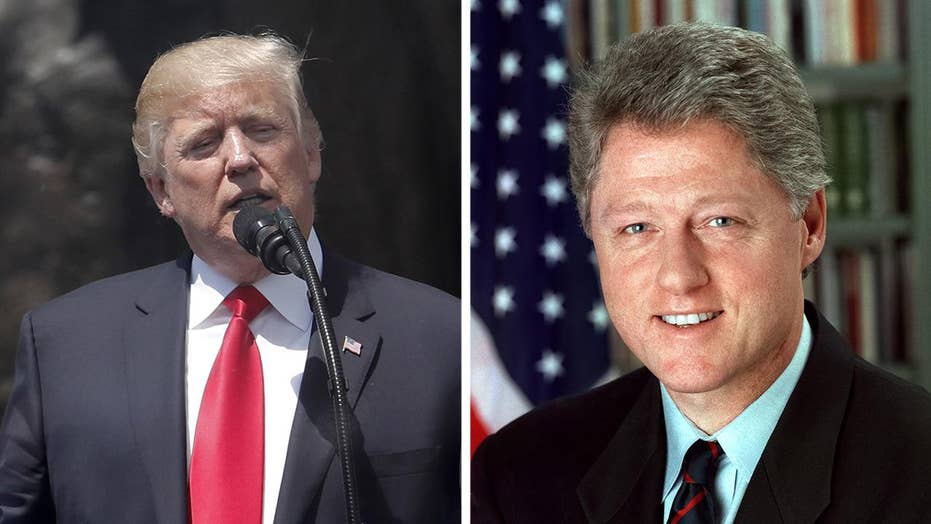 Can President Trump take a page from Bill Clinton's response to impeachment inquiry?

Trump labels House Democrats as a 'do-nothing' Congress; reaction and analysis from Juan Williams, co-host of 'The Five,' and Martha MacCallum, anchor of 'The Story.'

Internal divisions within the White House are straining staff and should be considered a sign of an "impending disaster," as House Democrats prepare to launch an all-out impeachment effort against President Trump, says Joe Lockhart, a former press secretary for the Clinton administration.

"[Pence's] aides were putting out yesterday that he had nothing to do with [the Ukraine call]. He didn’t know anything about it. He wasn’t aware of anything. And then the president’s aides put out that, not only was his guy on the call, he had the transcript within 24 hours -- and he was given the briefing when he did go over to Poland as part of the mission to meet with Ukraine’s president," Lockhart continued. "So it’s a bit of a circular firing squad right now at the White House as people try to position their principles and settle some scores in the process."

Lockhart also accused Trump of using Pence as a pawn to shield himself and said he will bring everyone else down with him if he can.

"I think the Pence people tried to put out a line that insulated him, and the Trump White House sent a message saying if I’m going down, you’re coming down with me," he said.

"There’s only one story coming out of this White House, and it’s not one that protects you," he continued. "Look at what Trump and the team did when Mitt Romney came out and said he was troubled by this. They put out a video that was designed to embarrass him. That wasn’t a message to Romney. It was a message to the other 52 senators in the Senate saying -- if you say something negative about us, we will come after you with all of the might of the $300 million we have in the bank at the campaign and the pulpit that we have here at the White House."