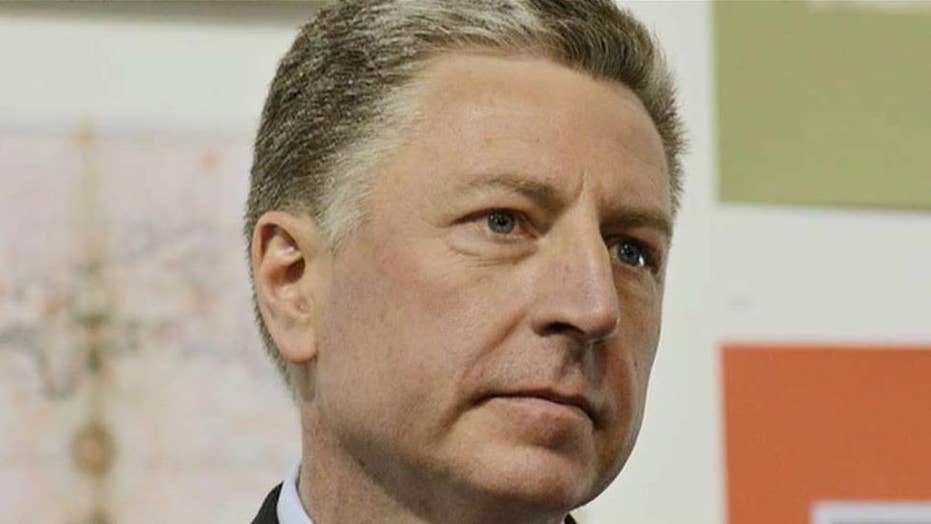 After Rep. Adam Schiff, D-Calif., was criticized for reading a "parody" of President Trump's call with Ukrainian President Volodymyr Zelensky in Congress, House Speaker Nancy Pelosi defended his actions Thursday and claimed he did not embellish any of the facts.

Schiff, who read the dramatization of Trump's call during acting Director of National Intelligence Joseph Maguire's hearing, improvised parts of the transcript for effect, and later tried to frame it as satire.

"I want the American people to know what that phone call was about. I want them to hear, it. So yeah [the parody's] fair," Pelosi told "Good Morning America" on Thursday. "It’s sad, but it's using the president’s own words."

"He did not make it up," she replied.

"Look, I want to tell you something -- when I took the oath of office to support and defend the Constitution as my colleagues have done as well, I did not say, I will do this as long as the Republicans can understand the Constitution.

"So the fact that their loyalty is to Trump and not the Constitution is not going to slow down or impair our ability to keep the Republic."

Stephanopoulos asked Pelosi why she hasn't followed the normal procedure of holding a formal vote on impeachment and she said Democrats are not required to do so. She also said Republicans are afraid of a vote because they would have to go on record as being for or against the president.

"We could [hold a vote]. We don't have to, but we could," she said earlier in the interview. "You know who's most afraid of that vote coming up? The Republicans -- because they’re going to have to decide ... It’s not necessary. We feel that we’re on very firm ground as we go forward and we may go to that place, just because it’s a Republican talking point. But it’s not necessary."

Schiff, the House Intelligence Committee chairman, was criticized last week for exaggerating, apparently for dramatic effect, Trump's statements in a phone call with the Ukrainian president.