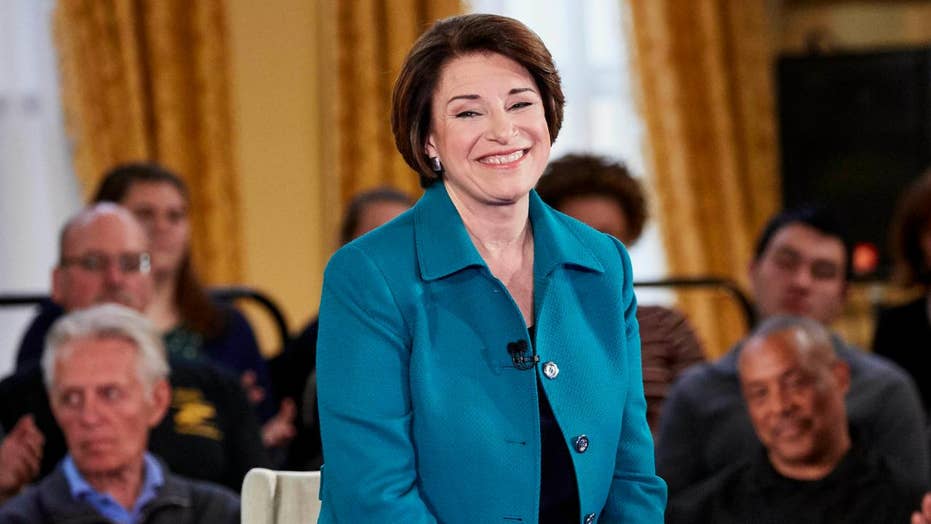 "What I support is an immediate assault weapon ban so we can't keep purchasing them," she told host Jake Tapper on "State of the Union" Sunday.

"In a number of these mass shootings the perpetrators, the murderers, have actually gone out in the last year, last two years, got some online. And so to me, that would be the most immediately smart thing to do."

Klobuchar said she would also look to regulate magazines and pushed Senate Majority Leader Mitch McConnell, R-Ky., to take up a bill on universal background checks.

"I would look at a voluntary buyback, for certain," she continued. "You could look at [mandatory buybacks], but I would start with the voluntary. And the other thing I would do is get the magazine limitations in place."

"The other thing that’s the most important... is what’s happening next week. Three sensible bills on Mitch McConnell’s desk -- one, universal background checks, which... could have prevented that horrible killing in Odessa and Midland, since that man had failed the background check once and then was somehow able to get a gun."

She then accused McConnell and President Trump of purposely stalling on gun control and cited a House-passed bill that garnered some bipartisan support as a starting point for both sides.

"Mitch McConnell has basically deflected to the president in a game of whack-a-mole, a dangerous game," she said. "Show some leadership. Let these bills come up. The House passed them with some Republican support."