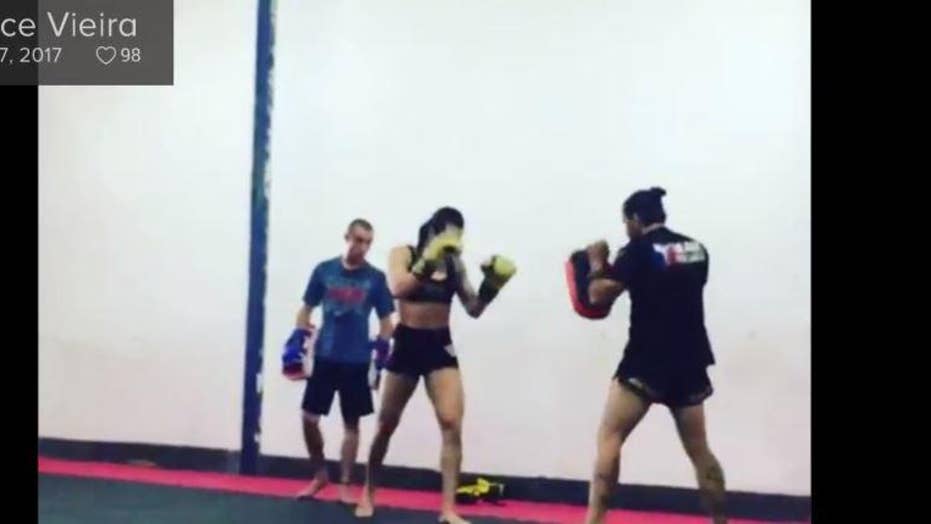 Amateur MMA fighter Joyce Vieira beats up a man who was allegedly fondling himself while she was in the middle of a photoshoot in Rio de Janeiro.

New York City could face much worse traffic than usual on Saturday, with President Trump reportedly expected to attend a UFC fight and stay overnight at Trump Tower.

A source from law enforcement told the New York Post that Trump would stay in the city into Sunday. “They’re making plans for him to sit in the seats,” the source said.

JOE GIUDICE INTERESTED IN MMA CAREER AFTER DRASTIC WEIGHT LOSS: 'I HAVE A LOT OF AGGRESSION IN ME'

If Trump stays into Sunday, he could make a bad traffic situation even worse as the New York City Marathon is set to take place that day.

It's unclear if the president will leave before the race, but he's tentatively scheduled to leave later that day.

The president is a longtime fan of MMA and received support from Ultimate Fighting Championship president Dana White at the 2016 Republican National Convention.

"State athletic commissions didn't support us, arenas around the world refused to host our events," White said at the time. "Nobody took us seriously. Nobody ... except Donald Trump. Donald was the first guy that recognized the potential that we saw in the UFC and encouraged us to build our business."