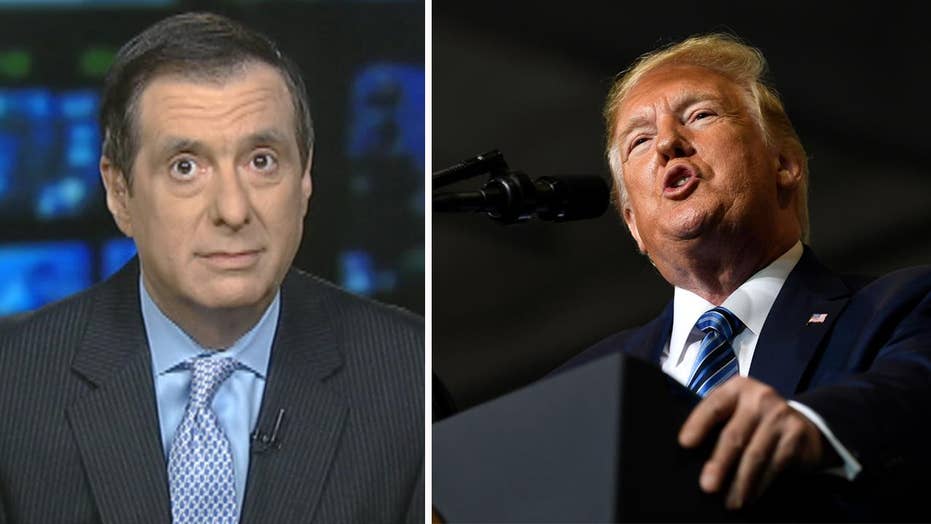 Howard Kurtz: Why Congress may do nothing despite 90 approval for gun measure

The tide may be turning on some gun control measures, at least in the court of public opinion.

But whether that tide rises to the halls of Congress, which has been famously deadlocked on the issue for a quarter century, is another question.

A Fox News poll found that “overwhelming and bipartisan majorities of voters” support background checks on gun buyers, as well as taking guns from people who could pose a danger.

The numbers are indeed overwhelming, in the wake of the mass shootings in El Paso and Dayton.

For starters, 90 percent of those surveyed favor criminal background checks on all buyers, and 81 percent want “red flag” laws that allow police to seize guns from people shown to be a danger to themselves or others.

But even with President Trump expressing support for such measures, this is hardly a slam dunk.

That’s because many gun owners feel passionately about protecting their rights, and the clout of the NRA, even if it’s been diminished by internal warfare. By the time Congress returns in September, emotions may have cooled as other stories rise to the top of the agenda. And while this may be changing, many Democrats remain wary of touching this third rail, which is why Barack Obama and Joe Biden couldn’t pass gun control even with Democratic control of Congress.

Still, Trump told reporters that Mitch McConnell “wants to do background checks,” although the majority leader has committed only to examining the issue. And Trump has spoken to Sen. Chris Murphy, the Connecticut Democrat who has been a gun control crusader since the Sandy Hook massacre in his state.

If the president sticks with the issue, rather than drop it as he did after the Parkland high school shootings, there’s a good chance he could make something happen.

In the Fox survey, two-thirds also support a ban on assault rifles and semiautomatic weapons. But most of them are Democrats, although such a ban is backed by a majority of gun-owning households, and Republicans split 46-46 on the issue. A quarter century after the Clinton administration outlawed assault weapons, that one is unlikely to pass.

Who is to blame for the plague of mass shootings? Fifty-six percent blame easy access to guns, and an equal proportion blame lack of mental health services for mentally ill people with violent tendencies. Forty percent point the finger at expressions of white nationalism, and about a third blame sentiments expressed by Trump or anti-immigration sentiments. Twenty-three percent blame violent video games, and 15 percent rhetoric by Democratic leaders.

On just about any other issue, 90 percent approval would translate into congressional action. But the politics of gun control have always been treacherous, and as even the most horrendous mass shooting—Las Vegas, Orlando, and so many others—fades into the past, Washington politicians find it easier not to act.

Footnote: The Fox poll gave President Trump a 43 percent approval rating, and found his disapproval rating jumped five points to 56 percent, one point below the record high in that survey.

Still, that keeps the president well within the range he’s been for a very long time, despite the controversies that continue to swirl around him.