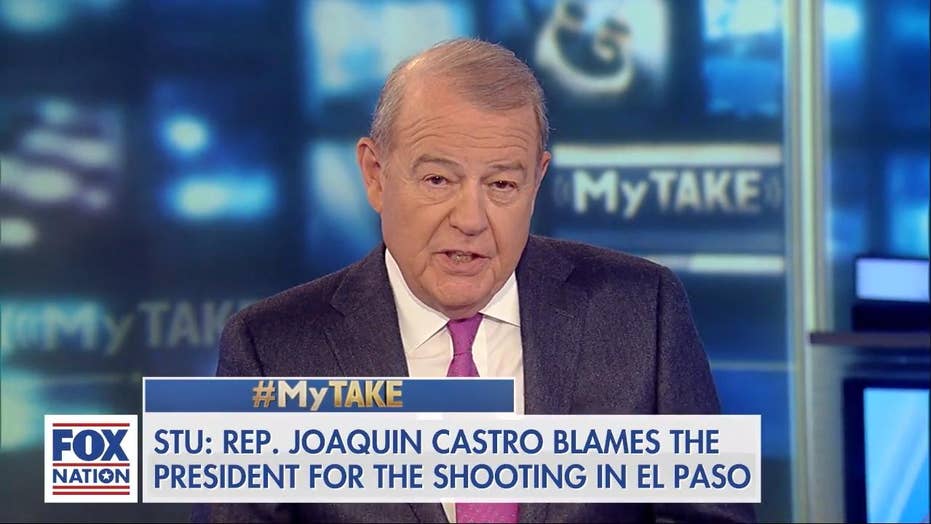 "Congressman Castro might just as well put a target on the backs of the people he named," Varney said Wednesday on Fox Nation's "My Take."

Castro, the brother and campaign chairman of presidential candidate Julian Castro, faced immediate backlash after he tweeted that he was “sad to see so many San Antonians as 2019 maximum donors to Donald Trump. He included the Twitter handles of several owners of local businesses who donated to Trump.

“Their contributions are fueling a campaign of hate that labels Hispanic immigrants as ‘invaders,” he wrote.

He later defended his tweet, insisting no one was "targeted or harassed" and that it wasn't a "call to action," - though Varney called his defense "nonsense."

Instead of accepting blame, Castro turned the issue to Trump, saying it was he who "put targets on the backs of millions."

"How much lower can you go?" asked Varney. "And what a pathetic response from the media who have said hardly a word about it."

Varney called Castro's actions "irresponsible" and said it reminded him of Rep. Maxine Waters, D-Calif., who encouraged the "mob" to confront Republicans whenever they appeared in public, resulting in a number of incidents.

Many high-profile Democrats have failed to condemn Castro, and Varney questioned whether they would take responsibility if the post did lead to a violent incident.

"Castro's tweets and the endless labeling of the president as racist and bigoted are leading in that direction," Varney warned.

"Political violence is a cancer on any society. To encourage it is disgraceful and very dangerous," he said.