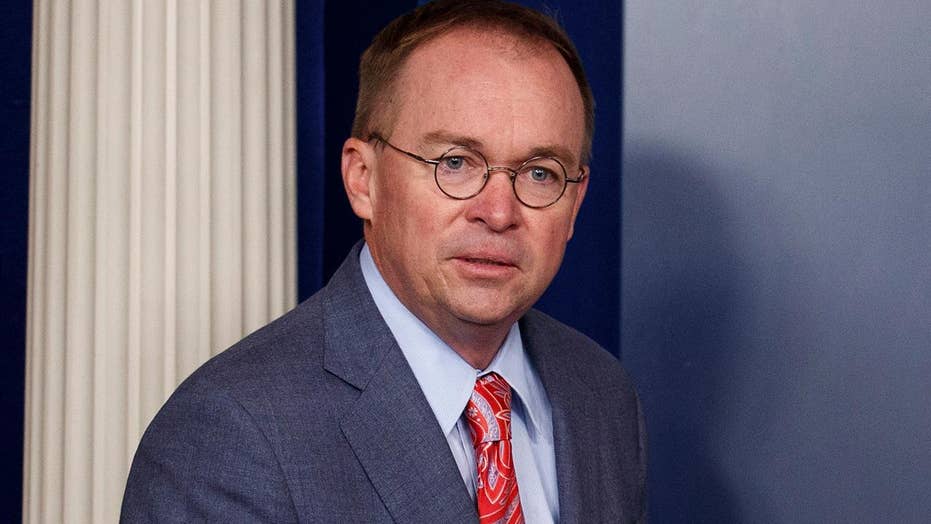 It appears the Trump 2020 campaign is looking to capitalize on the "Get over it" advice that acting White House Chief of Staff Mick Mulvaney dished out to reporters this week regarding the Trump-Ukraine phone call controversy.

On Friday, the campaign added a "Get Over It" T-shirt to the list of other Trump-Pence merchandise.

The black shirts feature white lettering, with a Trump-style hairdo atop the "O" in "Over."

The inspiration for the shirt: Critics went after Mulvaney for appearing to have contradicted President Trump's claim that there was "no quid pro quo" when the key presidential aide told reporters Thursday that military assistance to Ukraine would be withheld unless the country cooperated with the U.S. Justice Department's investigation into the 2016 election.

"We do that all the time. Get over it," Mulvaney told a reporter. "Politics is going to be involved in foreign policy. Elections do have consequences."

Mulvaney later walked back his comments, stressing that there was "no quid pro quo" and that "the president never told me to withhold any money until the Ukrainians did anything related to the server.”

The Trump campaign's website includes the following description of the new shirt: "America is ready for Congress to get back to work. No more WITCH HUNTS!" the description reads. "President Trump won in 2016 and he is going to win even bigger in 2020." The T-shirt is selling for $30.