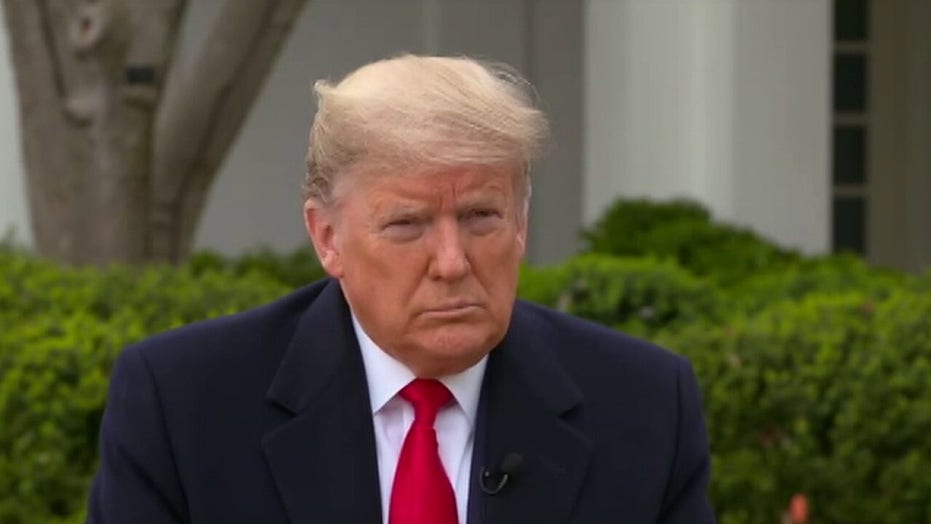 Dr. Manny Alvarez discusses if President Trump's timeline of getting the country back to work by Easter Sunday is realistic

In his bitter, five-year battle with the media, I’m not sure President Trump has ever leveled a more serious charge than he is making right now.

He’s turned “fake news” into an indelible slogan. He has called such news “the enemy of the people.” He has suggested that some journalists are traitors. And look, all kinds of media people have said all kinds of terrible things about the president, so there is deep hostility on both sides.

But I was still taken aback, in the midst of this virus crisis, when Trump tweeted this the other day:

“The LameStream Media is the dominant force in trying to get me to keep our Country closed as long as possible in the hope that it will be detrimental to my election success.”

WHEN BAD NEWS IS PERSONAL: JOURNALISTS, POLITICIANS FIGHTING THE VIRUS

And at a briefing, he said journalists and other critics have an ulterior motive for objecting to his hope that businesses and other institutions could reopen by Easter. Responding to CBS’s Paula Reid, he said:

“The media would like to see me do poorly in the election...There are people in your profession that write fake news. You do, she does...”

Now I’ve written and spoken endlessly, including in my last book, about media animus toward this president. But to insinuate that journalists want the country to remain shut down to politically damage Trump is way off base.

This is the crisis of our generation, and no one is unaffected. Most journalists are working from home and many of them have their kids home from shuttered schools. Some are being laid off, especially in smaller markets, and pay cuts at places like BuzzFeed. Like everyone else, their 401Ks have taken a beating. Like everyone else, they can’t go to a restaurant or movie or play or museum or watch sports on TV.

And, because their jobs often involve contact with newsmakers, some are getting the virus, and infecting other family members, as I reported yesterday. One retired New York Times reporter and editor died this week from the virus.

Who would possibly want this madness to continue?

Everyone I know is just aching for life to return to some semblance of normalcy.

It’s true the journalistic consensus is that Trump would be mistaken to rush a reopening of businesses and schools (though such decisions are largely up to the governors). They argue, based on a majority of medical experts, that it will take significantly longer to flatten the so-called curve. In this view, while shutting down much of America is causing great pain -- a record 3.3 million jobless claims disclosed yesterday -- saving thousands of lies is a more urgent priority.

But the notion that they deliberately want to inflict further damage on America’s ailing economy because it will hurt Trump is outlandish. We are all suffering, and all in this together.

That’s not to say many of them aren’t hoping that the coronavirus leads to Trump’s defeat. That’s not to say they don’t believe he has bungled the greatest test of his presidency--first by reacting too slowly, and now by talking about abandoning many of the restrictions too quickly.

In short, all of us -- journalists and non-journalists, conservatives and liberals, pro-Trumpers and never-Trumpers, and the president himself, wish we could get back to the old normal -- however much we may disagree on the best path.