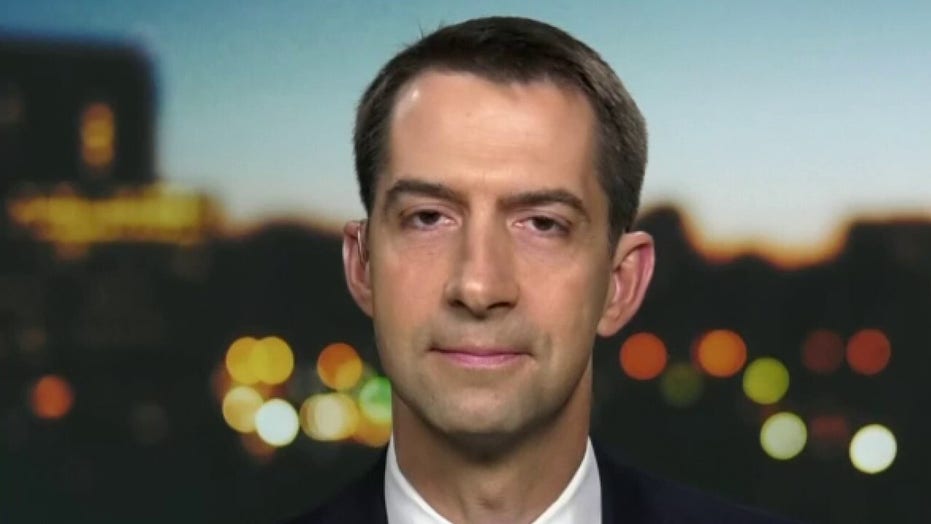 Sen. Tom Cotton, R-Ark., praised the Trump administration Friday amid a flood of attacks by critics in the media and by Democratic lawmakers over its handling of the coronavirus outbreak.

“This is just an example of President’s critics, criticizing anything that he does,” Cotton told “Hannity.”

“The single most consequential and valuable thing done to stop this virus from already spreading throughout the United States was when President Trump decided to shut down travel to China last month,” Cotton said, referring to the administration's announcement Jan. 31 that it would temporarily bar foreigners from entering the U.S. if they had been to China within the previous 14 days.

Cotton said that though former Vice President Joe Biden accused Trump of xenophobia and The Washington Post said that Trump overreacted, “the so-called experts who opposed the decision at the time” eventually admitted that it “bought valuable time to prevent the spread of this virus in the United States.”

Trump has repeatedly sparred with Democratic leaders over the handling of the crisis, notably describing House Speaker Nancy Pelosi, D-Calif., as "incompetent" and accusing her of trying to spread panic during a press conference at which the president tapped Vice President Mike Pence to coordinate the administration's response to the outbreak.

Pelosi and Senate Minority Leader Chuck Schumer, D-N.Y., released a joint statement Thursday that outlined what they want to see in a funding bill to help fight the coronavirus. The statement also included the line: "this is not the time for name-calling or playing politics," in what appeared to be a swipe at Trump.

Cotton said that as a result of Trump banning travel from China, the administration was able to stock drugs and medical equipment, work on vaccines and therapeutics, and “getting testing kits out to the front line.”

“This is just another example though of how the president is going to get criticized for whatever he does."