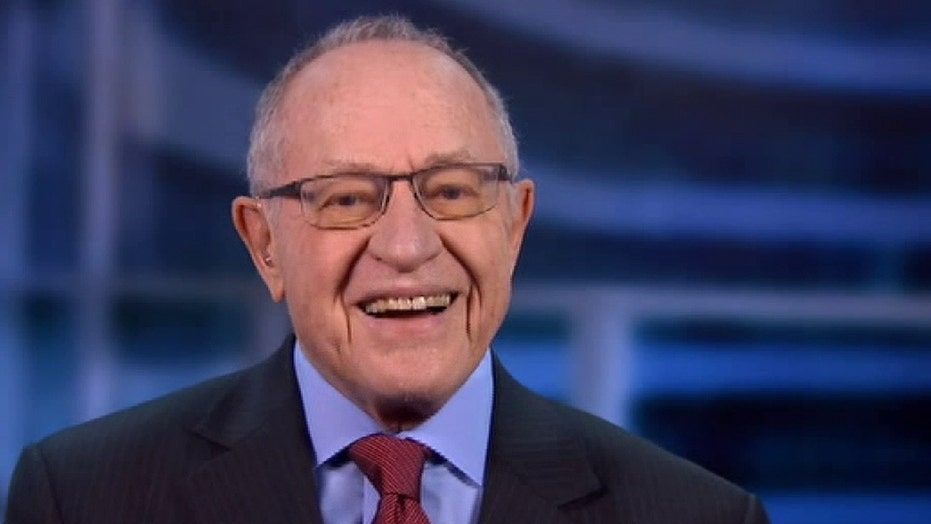 Harvard law professor Alan Dershowitz, member of President Donald Trump's legal team, tells 'The View' co-hosts that if Hillary Clinton were being impeached, academics would 'all be on my side.'

"The View" erupted with testy moments on Wednesday as Harvard law professor Alan Dershowitz defended President Trump against the co-hosts during a discussion about the ongoing Senate impeachment trial.

Many of the co-hosts took issue with Dershowitz's answers, including Behar who, at one point, told the Trump impeachment defense attorney that his argument was "baloney." Co-host Whoopi Goldberg also cut off Dershowitz off as he attempted to give some historical background on whether impeachment could proceed without actual crimes.

He was responding to co-host Joy Behar's claim that no other constitutional scholar agreed with him about needing a crime for impeachment. Dershowitz, a renowned legal scholar, has written dozens of books. Behar and Goldberg do not have law degrees, although co-host Sunny Hostin does.

"In 18...," Dershowitz started before Goldberg interrupted him. "Ok, wait, wait, wait," Goldberg said. "Alan, you know, in 1492 Columbus sailed the seas blue but listen, I need us to move on."

Dershowitz told her that he wouldn't move on without addressing the history of impeachment. "You're not going to get any time because you got four people trying to ask you questions," she responded.

Dershowitz proceeded to claim that academics were choosing their position because President Trump was in office. "Shortly after the Constitution was enacted, the dean of Columbia Law School said that the weight of authority was in favor of it being a crime," he said.

Amid cross-talk over needing a crime for impeachment, Goldberg told Dershowitz, "I'm moving you on or I'm cutting you off -- one or the other is going to happen."

The co-hosts also tried confronting Dershowitz on his previous statements about impeachment, with Goldberg suggesting he changed his mind because Trump was president. Dershowitz countered by claiming that he actually changed his mind on impeachment about four years ago when he looked into the possibility of former Secretary of State Hillary Clinton getting impeached.

At one point, Goldberg compared Trump to former President Bill Clinton. "One president followed the law and did what he was supposed to do. We have a president now who's blocking people from doing stuff," she said, apparently referring to the administration opposing new witnesses.

Goldberg later groaned when Dershowitz referenced former President Abraham Lincoln. "You have to go back in history. Impeachment doesn't change since the time of the Constitution," he said.

When it was co-host Sunny Hostin's turn, she pressed Dershowitz on the Government Accountability Office's (GAO) report that Trump broke the law by withholding Ukrainian aid. Dershowitz responded by claiming that the GAO didn't have the jurisdiction to claim that Trump engaged in criminal behavior, something he said the agency didn't claim anyway. He also added that the GAO was also wrong, noting that the president had the right to withhold funds as part of his authority to conduct foreign policy.

Hostin also seemed to try and trip Dershowitz up, asking him what kind of trial has he seen that doesn't have witnesses or evidence.

"Many, many," Dershowitz responded.

Co-host Meghan McCain was less controversial, asking Dershowitz how Democrats could improve their case against Trump. Dershowitz replied that it wasn't his job to help Democrats.