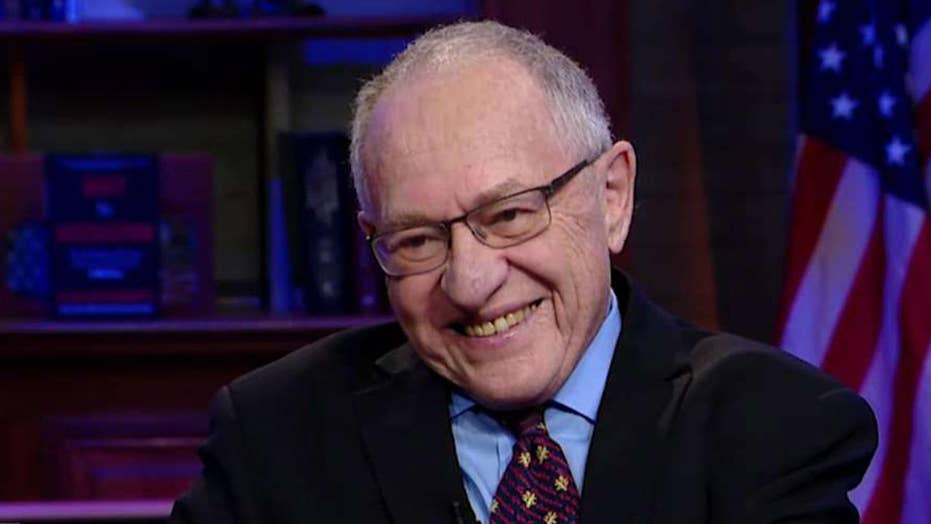 Toobin and Dershowitz disagreed on Friday over whether Trump met the constitutional criteria -- "high crimes and misdemeanors" -- for impeachment after House Democrats voted to approve two articles of impeachment this week.

"It seems to me that substantially undercuts the second article of impeachment that basically says you obstruct Congress if you refuse to comply with subpoenas absent a court order, so I think the president's constitutional arguments were strengthened today," Dershowitz said.

Dershowitz also said Democrats were using a faulty argument, citing how the framers of the Constitution specifically rejected maladministration as a reason for impeachment during the Constitutional Convention.

"You can't interpret misdemeanor to mean pretty much exactly what the framers rejected at the Constitutional Convention. So, I do think they are trying to make it up as they go along," he said.

Toobin suggested that Trump engaged in a violation of public trust, which was "at the heart" of what the framers meant by "high crimes and misdemeanors."

"That's not true, Alan," Toobin said. "'Abuse of power' was not rejected."

Dershowitz said the framers rejected the term "maladministration," which Toobin argued was different from abuse of power; Dershowitz said many presidents have been accused of abusing power.

"And if you give Congress the ability to impeach a president and remove him based on vague concepts like abuse of power, then you're really turning us into a parliamentary democracy," Dershowitz said.

Both Toobin and CNN anchor John Berman disputed Dershowitz's claims. Toobin contended that obstruction of Congress was the kind of offense that only the president could commit.

At the end of their exchange, Toobin said he was looking forward to Dershowitz defending Trump on the Senate floor.

"Not exactly what I expected in your criminal law class, that that's how you would culminate your career, but hey," he said, as Dershowitz smiled.

Berman reported that Dershowitz might be advising Trump behind the scenes, something Dershowitz refused to discuss.